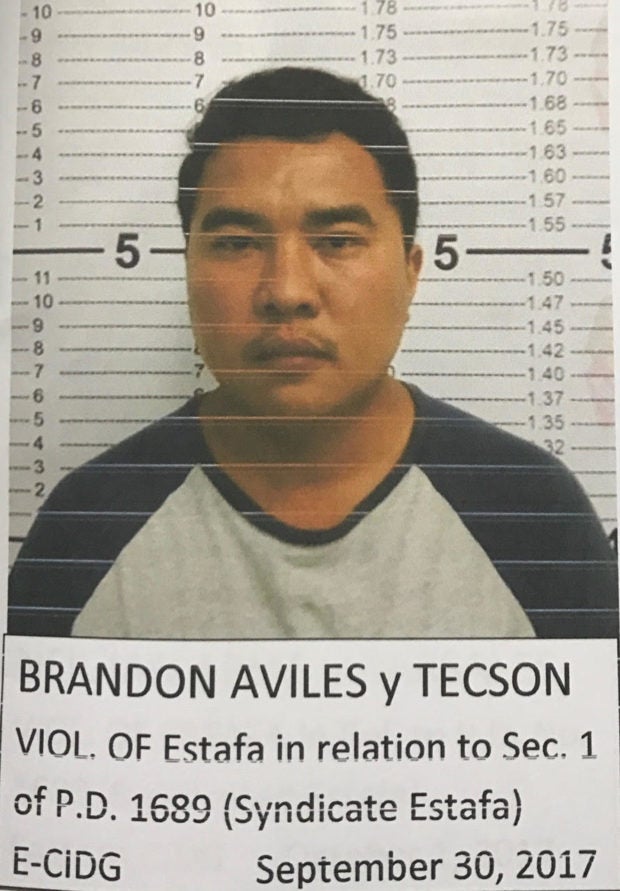 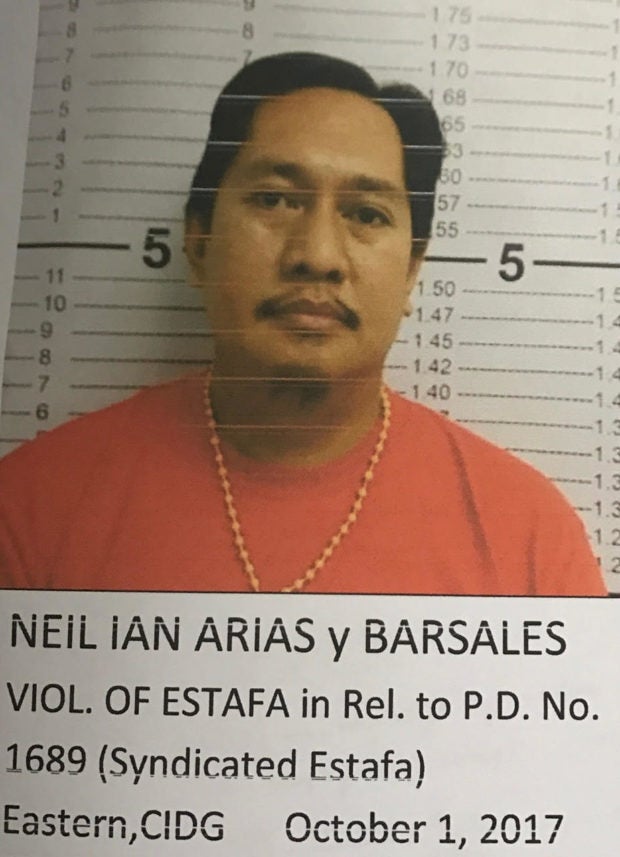 Operatives of the Criminal Investigation and Detection Group (CIDG) in Eastern Manila have arrested two persons who allegedly lured policemen, lawyer, and overseas Filipino workers into placing their hard-earned money in a multimillion investment scam.

The two were arrested  for syndicated estafa based on a warrant issued on Sept. 20, 2017 by presiding Judge Rosauro Angelito David of the Regional Trial Court Branch 101 in Santa Rosa, Laguna.

Aviles, a nursing graduate and a resident of Sta Rosa, Laguna, was arrested by CIDG agents around 12:35 p.m. on Sept. 30 at Brgy. Mabato in  Rosario, Batangas. Arias, an engineering graduate, was arrested around 1:30 p.m. on Oct. 1 at Barcino Restaurant in Alabang.

Villareal said the Brandon Aviles group headed by Aviles, also a consultant of Galleon Farm, is involved in scam and fraud activities in the National Capital Region and Southern Luzon.

“They first formed the United Aquafarm Venture Inc., in Laguna Lake which earned from growing mostly tilapia, and promised investors 6 to 8 percent monthly interest on top of the principal investment for an initial investment of P50,000,” Villareal said.

“They duped lawyers, policemen, and even overseas Filipino workers … there are more than 10 complainants,” he told reporters in an interview Tuesday.

Villareal said the group would announce that the venture failed and went bankrupt to explain the delays in payment but would open another business venture allegedly using the investors’ money.

One of the complainants include Laguna policeman Francis Louigie Bascugin who was duped to invest P500,000.