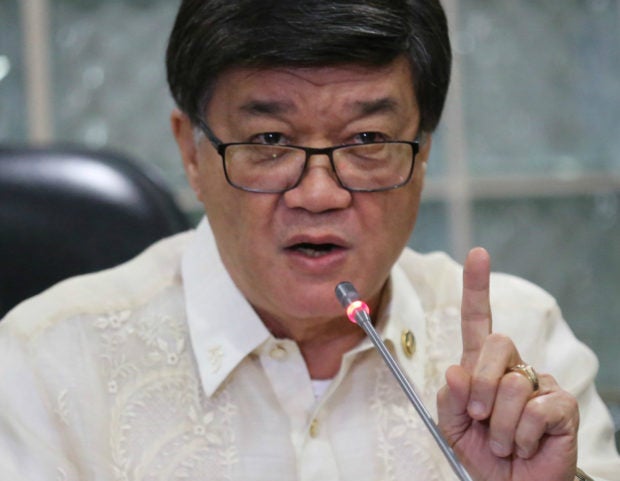 The Department of Justice (DOJ) has enjoined all state lawyers and their staff to wear black on Friday to condemn the series of killings of prosecutors in the country and show solidarity with the victims’ families.

Justice Secretary Vitaliano Aguirre issued on Tuesday DOJ Memorandum Circular No. 57, consenting state prosecutors as well as the staff of the National Prosecution Service (NPS) to wear black to express grief for their slain colleagues.

“In reference to the request of the Prosecutors League of the Philippines (PLP), all prosecutors nationwide, including the staff of the National Prosecution Service (NPS) are hereby allowed to wear black on 06 October 2017 to express solidarity and to condemn the series of killings of prosecutors,” Aguirre said in the directive.

Aguirre, however, noted that the memorandum is not mandatory and any employee “may refrain from complying thereto without violating one’s freedom of expression.”

In a separate letter to City Prosecutor Cynthia Fatima M. Luang, the president of the PLP, Aguirre denounced the killings of state prosecutors.

“The undersigned strongly condemns the series of killings of prosecutors, which is considered an attack to the justice system. Prosecutors must not fear this kind of unfortunate events but must remain steadfast and strong in fulfilling their duties,” Aguirre said.

The DOJ order came days after the death of Assistant Provincial Prosecutor Reymund Luna, who was shot last Friday afternoon in Infanta, Quezon. Police has yet to identify the suspects in Luna’s murder.

The DOJ has already tasked the National Bureau of Investigation to look into the killing of Luna, who is the sixth incumbent prosecutor slain in the country since October 2016.   /kga