No distribution of condoms to high school students – DOH 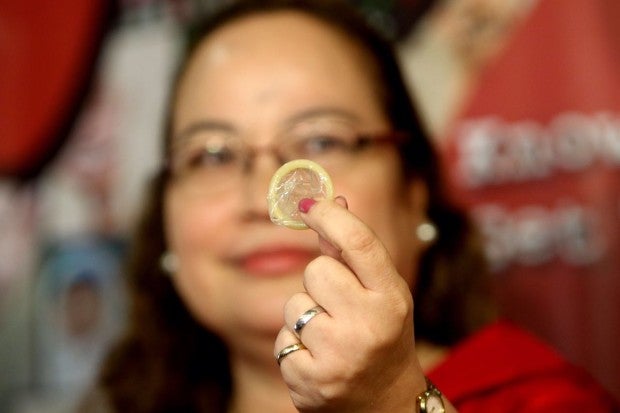 The Department of Health (DOH) will not implement the distribution of condoms to high school students nationwide, Secretary Paulyn Ubial declared on Tuesday.

During the confirmation hearing on Ubial’s appointment, Senator Vicente Sotto III asked the health secretary if the DOH is still keen on implementing the program to which Ubial replied: “No your honor, the plan is to intensify education on HIV/AIDS to avoid such infection. We will not implement it.”

Sotto, a staunch critic of the Reproductive Health Law, lauded Ubial’s move as he also pointed out that this matter was not even raised by Ubial during the Senate budget hearings in the first place.

“I’m glad you will not be proceeding with this program,” Sotto told Ubial.

Previously, Sotto criticized Ubial and the DOH for the controversial program, which targeted the youth between the ages 16 and 24 years old.

Ubial had strongly supported the proposal, which was seen to aid in efforts to curb HIV/AIDS infection and transmission among the youth.

“Our call on oppositors: Do not impose your beliefs on others!,” Ubial said in a series of Twitter posts last January.

“My questions to those who oppose: If you have better ideas in reducing STI (sexually transmitted infection) among the youth then let’s hear it. Give us your options!” she continued. “If you don’t want condom use among sexually active young people, what do you want us to do?”

The Commission on Appointments (CA) has decided to defer the voting on Ubial’s confirmation and is likely to schedule another hearing next week.     /kga