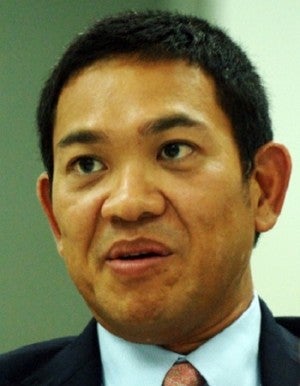 Former Budget Secretary Rolando Andaya Jr. has maintained that he did not benefit from the Department of Agrarian Reform’s (DAR) unauthorized payment of P61.5 million in employee benefits during the Arroyo administration.

In a statement issued on Monday, Andaya, now Camarines Sur congressman, said: “Any imputation that I materially gained from the grant of benefits to hundreds of employees, is not only outlandish but unfair and wrong.”

He defended his letter dated December 17, 2008 to the DAR Central Luzon regional office, declaring the Agrarian Reform Fund (ARF) could be used for salaries, wages and maintenance and other operating expenses.

He said DAR was justified in using the funds to adhere to the terms of its collective negotiation agreement (CNA) with its employees, “as long as they are within the prescribed legal parameters.”

In a decision last September 6, the Commission on Audit (COA) held Andaya liable for the disallowed benefits and ordered him to return the funds. The COA also ordered the case forwarded to the Ombudsman for criminal and administrative investigation.

The benefits had been disallowed because they came from the ARF, which the Comprehensive Agrarian Reform Program (Republic Act No. 6657) and Executive Order No. 229 set aside exclusively for the payment of the purchase price of lands and expenses involved in the implementation of support services.

“I believe that the latter was carefully adhered to by the many offices within the DBM (Department of Budget and Management) that reviewed that particular request from DAR Region III,” Andaya said.

He also criticized COA for not bothering to formally seek his side on the matter in the interest of due process and fair play.

“I could have submitted my opinion, but sadly that elementary courtesy, was not extended to me,” he said.

Andaya added: “It is time to restudy the governing rules and standing policies, and purge them of vague provisions in order to spare those who have received CNA benefits, as well as those who ordered their release, of legal troubles arising from decisions made in good faith.”                        /kga