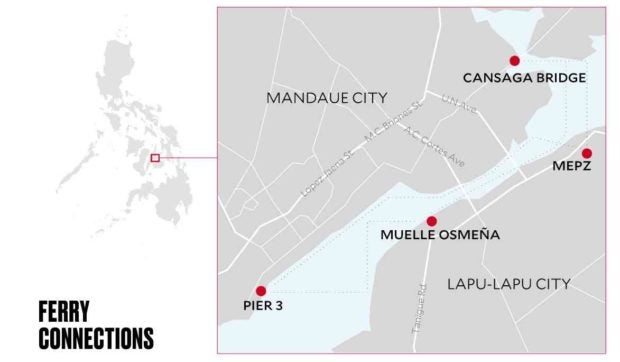 SIQUIJOR — Have you ever been stuck for hours in traffic to get from Mandaue City to Mactan Island, a distance of 6.3 kilometers?

Imagine skipping that by riding ferry boats from different points in mainland Cebu to areas in Lapu-Lapu City through the Mactan Channel.

This was what the Regional Development Council (RDC) in Central Visayas envisioned as it pushed for the preparation of a feasibility study on the proposed Cebu Inter-Island Sea Transport System Project.

“The objective of the project is to make use of the waterways as a means of linking places,” said businessman Glenn Anthony Soco II, chair of the RDC’s infrastructure development committee.

The project, he said at the RDC meeting in San Juan town, Siquijor province, would help ease road congestion and “enhance connectivity and transport.”

The RDC passed a resolution asking the Cebu Port Authority (CPA) to prepare a feasibility study for the project, which Soco said was the brainchild of Wally Liu, private sector representative in the RDC’s infrastructure committee.

Liu also heads the technical working group (TWG) formed by the RDC to study the project.

Among others, the feasibility study should be able to determine the most desirable port links, the infrastructure facilities needed and the economic and financial viability of connecting the ports through ferry boats.

Based on an earlier study, there are four port links identified for the project.

“It can actually become a blueprint for the entire region seven if this becomes successful in Cebu,” Soco said.