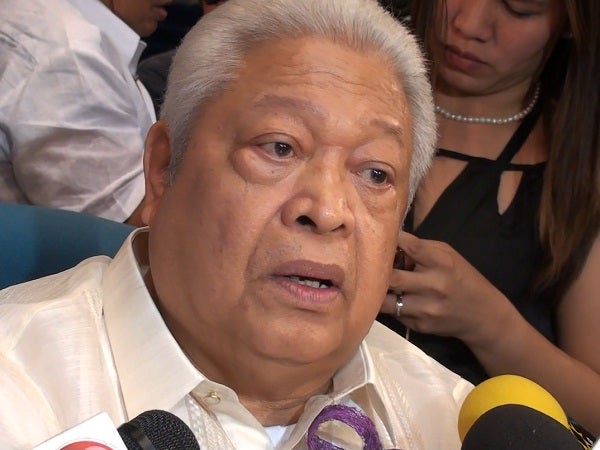 “Although they were teenagers when martial law was declared in September 1972, they attained the age of majority shortly after the proclamation of martial law and they were already adults during the height of the martial law regime,” Lagman said in a statement.

In an interview over state-run PTV 4 on Friday, Duterte said that someone should not be held accountable for the sins someone else committed.

“Ano kasalanan nila? Bakit di ako magpunta, mag shake hands? Ano kasalanan ni Imee? Bata yang sila lahat. Ang matanda lang doon si Imelda pati si Ferdinand. (What wrong did they do? Why won’t I go there and shake hands? What did Imee do wrong? All of them were young, the only adults there were Imelda and Ferdinand),” he added.

Lagman, a martial law victim, said that Imee and Ferdinand Jr. celebrated their 18th birthdays in 1973 and 1975, respectively, and they were “old enough when the documented atrocities and plunder were committed by the ‘conjugal dictatorship’ of Ferdinand and Imelda Marcos.”

The lawmaker also recounted that Imee, who headed the Kabataang Barangay, the Marcosian counterpart of today’s Sangguniang Kabataan, was accused of involvement in the 1977 murder of Archimedes Trajano, a Mapua Institute of Technology student who questioned her credentials.

On August 31, 1977, Trajano questioned during an open forum at the Pamantasan ng Lungsod ng Maynila Imee’s capacity to lead the national youth organization which she assumed as the presidential daughter.

The Hawaii District Court awarded $4.16 million to the Trajano family in 1991, which was affirmed by the US Court of Appeals, Ninth Circuit Court in 1992.

Lagman said the effort of the Trajano family to enforce in the Philippines the foreign judgment was quashed by the Philippine Supreme Court on the mere technicality of a defective substituted service of summons to Imee, who claimed that she was then a resident of Singapore when the summons was served at the Alexandra Homes in Pasig City, her reported address. /jpv

Lagman: Marcoses continue to deceive us