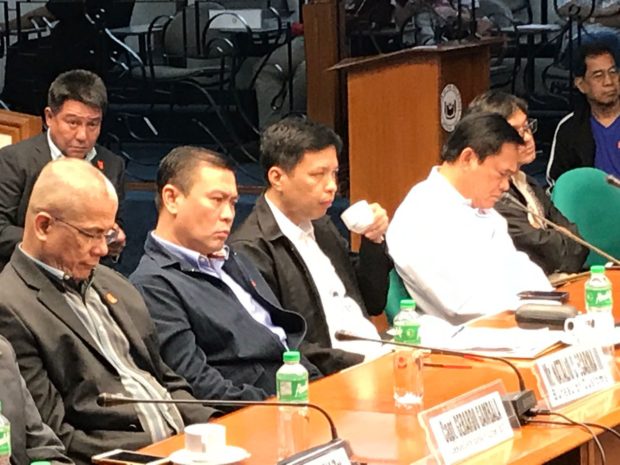 DAVAO CITY—Councilor  Nilo “Small” Abellera Jr., who was recently linked in the Bureau of Customs (BOC) payola scandal during Senate investigations, has been ousted from all of his council committee positions due to absences.

During the council’s session on Tuesday, most members voted for the ouster of Abellera as chair of the Committee on Peace and Public Safety.

A customs broker who turned whistleblower, Mark Ruben Taguba, had named Abellera of giving him P5 million as “enrollment fee” to help smuggle into the country P6.4 billion worth of shabu.

Abellera is a known close friend of Davao City Vice Mayor Paolo Duterte, whose name was also dragged into the drug smuggling controversy.

The vice mayor, in an interview with reporters, said the council had to act on Abellera’s absences as these have affected his duties in the city council.

“He is always not around and is not doing his work, and I have heard he is always sick,” Vice Mayor Duterte said.

He said the city council has exerted efforts to communicate with Abellera to inform him that he better resign from his committees.

“We’ve been communicating with him, to no avail,” he said.

Abellera last attended the council session early this month, after he appeared before the Senate Blue Ribbon Committee. He has since been absent from the city council. /jpv