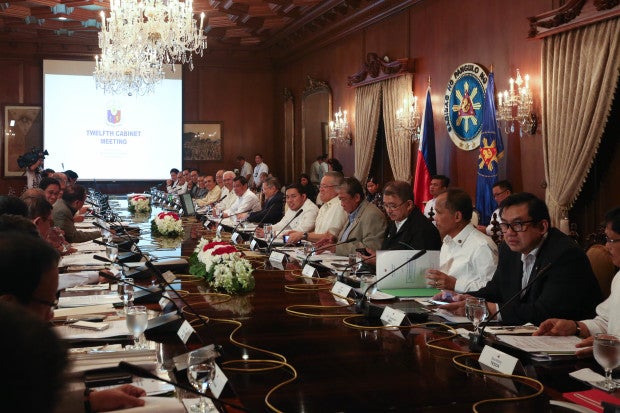 Senators questioned the redaction in the December 2016 Statement of Assets, Liabilities and Net Worth (SALN) of President Duterte’s Cabinet members.

“You surrender your right to privacy once you enter government service,” Senator Grace Poe said on Tuesday as she said that it was not justifiable for Cabinet officials to invoke the Data Privacy Act to black out certain items, including acquisition costs of properties, from their SALNs.

Cabinet members, according to a Philippine Center for Investigative Journalism (PCIJ), redacted several information on their SALNs submitted last December, including the exact location of real properties, the acquisition costs and amounts of real and personal properties, the business addresses of business interests and financial connections, among others.

On Monday, Senator Antonio Trillanes IV filed a resolution seeking a Senate investigation into the redactions.

Sensitive details like addresses and personal information of an official’s children could be hidden from the record but not his or her owned properties, companies and affiliations, Poe said.

Senator Sonny Angara, too, said that the amount of properties acquired should be disclosed as it is the purpose of issuing SALNs.

“I don’t think you can redact the amounts. At least under our law. I don’t know what the policy of the Executive is. I’m just speaking from the point of view of the FOI law that we have here, being one of the authors,” Angara said.

Senate Minority Leader Franklin Drilon said the SALN law must be revisited to clarify the terms for privacy.

In the legislative branch, Drilon said they are required to release all information in their SALNs.

“This should prompt us to revisit and review the present SALN law,” he said.