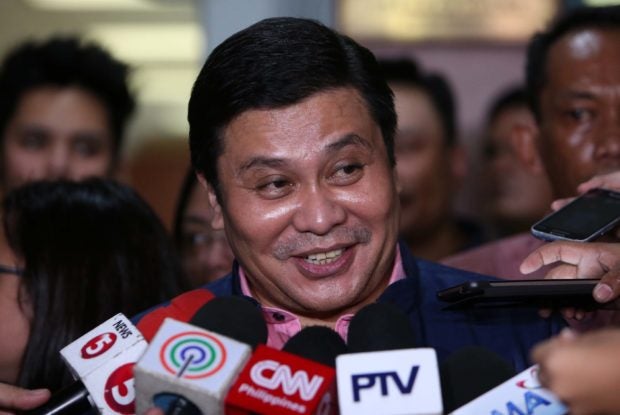 The graft trial of former senator Jinggoy Estrada in connection with the pork barrel scam has finally started after more than three years.

During the Sandiganbayan Fifth Division’s first hearing on Monday, Estrada’s defense team tried to block the prosecution from presenting witnesses to authenticate his Statements of Assets, Liabilities and Net Worth, as well as the Special Allotment Release Orders for his pork barrel funds.

Office of the Special Prosecutor Director Ma. Christina Marallag-Batacan had presented Estrada’s SALNs from 2004 to 2013 to show how the senator’s net worth grew from P81 million to P195 million within that period.

The said SALNs were authenticated by the first prosecution witness, Ma. Lourdes Arbas, director of the Office of the Senate Secretary.

The defense panel said both sets of evidence were “immaterial and irrelevant” to the allegation that the senator funneled his PDAF allocations to dubious foundations linked to businesswoman Janet Lim-Napoles.

The Estrada camp also noted “the processing of SARO is the exclusive function of the executive branch of government upon which Senator Estrada has no control or supervision.”

The presentation of a third witness, Lolita Soriano of the Commission on Audit, was cut short because of her incomplete or defective judicial affidavit. The next hearing was set on Oct. 23.

The hearing was presided upon by Associate Justices Maria Theresa V. Mendoza-Arcega, Reynaldo P. Cruz, and Lorifel L. Pahimna, the three justices who on Sept. 15 voted in favor of granting Estrada bail for the separate but related case of plunder.

The plunder trial is currently scheduled to begin on Oct. 2.

During the Monday hearing, Estrada’s camp also filed a waiver of non-appearance, so he would not have to attend every trial setting.

At the sidelines of the hearing, Estrada told reporters he was happy “the trial is moving a bit after three long years.”

“I hope our cases can be fast-tracked because it’s been quite long already. I’m hoping the cases can be expedited,” Estrada said of the cases filed in June 2014.

Estrada said he expects to go on his nationwide “thank you tour” in the “next month or two months from now,” starting in the Visayas region. He said he has a “personal reason” for going on the tour.