Taguba, appearing before the Senate blue ribbon committee’s hearing into the P6.4 billion worth of shabu shipment that entered the country, revealed that he gave P27,200 of tara per container broken down among several BOC offices.

Taguba added that the total tara he gave to the agency was P489,600. 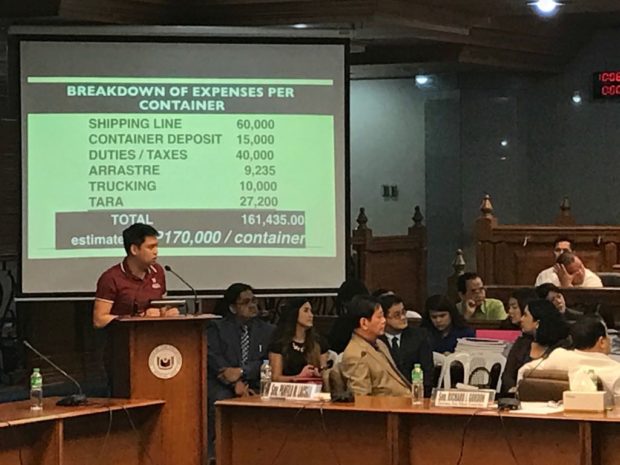 He also showed an exchange of message with a certain “Mae” who he said was the collector of Customs Intelligence officer Joel Pinawin.

Pinawin immediately denied he had transactions with Taguba, saying he only talked with him once when they conducted an operation in Baclaran.

(I didn’t order Mae Escueto to collect money for me. I only talked to Taguba when we arrested someone in Baclaran.)

In response to this, Taguba showed his call logs with Pinawin.