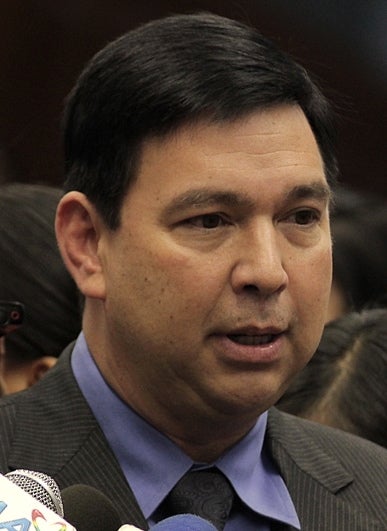 The government’s budget for rent and lease payments has surged by 33.8 percent from P13 billion this year to P17.4 billion next year, prompting Senate President Pro Tempore Ralph Recto to urge Malacañang to study “rent-to-own” options.

“There should be a plan in which chosen government offices can graduate from being renters to owners,” said Recto in a statement yesterday.

He noted that the amount earmarked for property and equipment rentals and leases for this year was already 55 percent higher than last year’s P8.4 billion allocation.

He said the national budget should also classify lease and rental payments into real estate and equipment in the spirit of transparency and accuracy.

“But what can’t be denied is that the government is one of the biggest property lessees today,” he pointed out.

“There are a lot of ‘forever tenants,’ [including] the Senate, which is renting a portion of the building of the Government Service Insurance System (GSIS),” he added.

The Senate has been renting a part of the GSIS Building in Pasay City for more than P100 million for 20 years since May 1997.

Like the Senate, Recto said many government agencies have stayed in the same buildings for a long time and if paid rentals are summed up, it would have been enough to finance the construction of their own buildings.