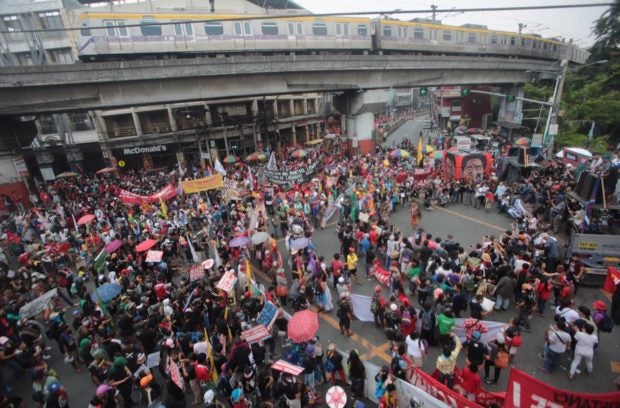 Huge crowd of protesters gather in Mendiola before proceeding to Luneta.-INQUIRER/GRIG C. MONTEGRANDE

Two rallies were held at Mendiola in Manila on Thursday but with different chants — one condemning the Duterte administration and the other supporting the government.

The protesters also reenacted a scene where an alleged victim of Duterte’s drug war was seen dead on the street. 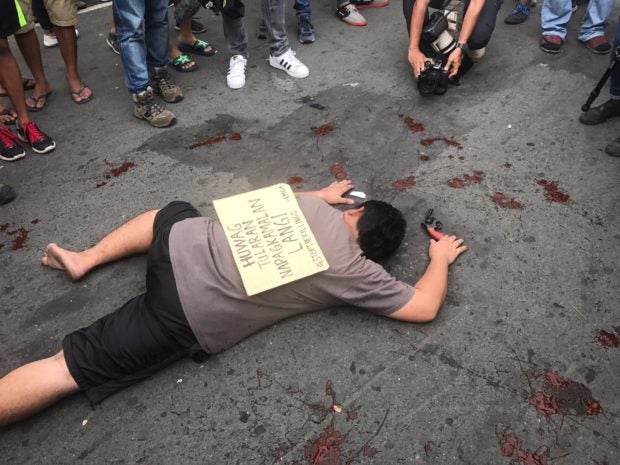 Reenactment of an alleged victim of President Duterte’s war of drugs. NESTOR CORRALES/INQUIRER.NET

Inside the Mendiola arch, pro-Duterte supporters also hold a program where the President’s supporters speak before the crowd, mostly wearing orange shirts and caps with the name of Manila Mayor Joseph Estrada printed on it. 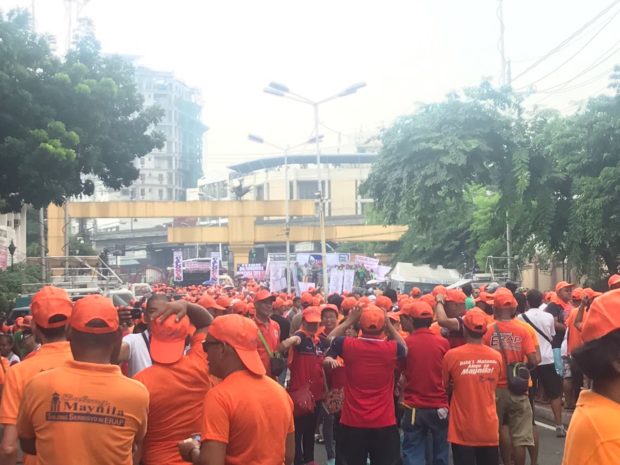 Police Senior Inspector Leonardo De Guzman, Police Community Precint Commader said the anti-Duterte protesters were estimated at 5,000 while the crowd at the pro-Duterte rally was at 3,000 as of 3 p.m.

De Guzman said the rally has been generally peaceful so far. /je 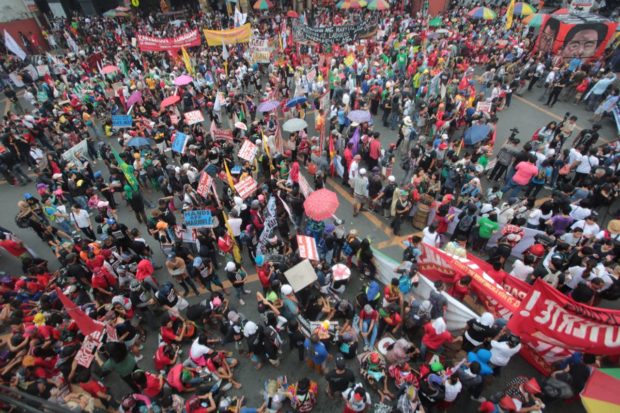 Huge crowd of protesters gather in Mendiola before proceeding to Luneta.-INQUIRER/GRIG C. MONTEGRANDE