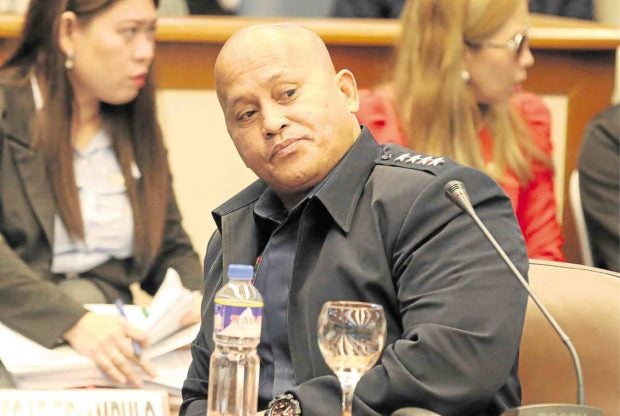 It didn’t take long for the mayor of Caloocan to warm to the idea broached by the Philippine National Police (PNP) chief to replace the city’s much-criticized police force with lawmen from Davao City, hometown of President Rodrigo Duterte.

“I welcome the idea. It is the prerogative of the PNP chief,” Mayor Oscar Malapitan told the Inquirer a day after Director General Ronald “Bato” dela Rosa urged policemen from Southern Mindanao, especially Davao, to volunteer for reassignment in Caloocan.

“I really need policemen of Davao standard to be assigned to Caloocan,” Dela Rosa said Monday during an event in Davao, where he had served as city police chief before Mr. Duterte appointed him to the top PNP post.

“Our purpose here is to really fix the image of our police,” Dela Rosa stressed.

In an interview on Tuesday, Malapitan said he was  confident  the policemen who would be coming from Davao are the “disciplined ones.”

He said he had already talked with the Metro Manila police chief, Director Oscar Albayalde, who assured him that the new police officers would be  screened.

“But I don’t think all (the policemen in Caloocan) would be replaced by Davao police,” the mayor said. “The Caloocan police have been put in a bad light … but not all them are bad. There are many who are really good who just got dragged down by the undesirable ones, those we call ‘bugok.’”

In a move that was rare, if not unprecedented in the PNP, Albayalde last week sacked the entire Caloocan police force— save for two recently appointed top officials—over a spate of controversies traceable to President Duterte’s bloody crackdown on illegal drugs.

Albayalde said the first of many batches who must go would be members of three precincts, who were involved the alleged robbery of a house during an unauthorized drug raid on Sept. 7, and the killing of teenagers Kian delos Santos and Carl Arnaiz last month.

But Malapitan pointed out that from 2014 to 2015, Caloocan was cited as the capital’s most peaceful city, and that its police received an award for being the best station in 2016.

“For the past few days, Caloocan has been very peaceful, especially after I enforced curfew hours. Minalas lang ang Caloocan (It just had a stroke of bad luck),” he added. —With a report from Jeannette I. Andrade