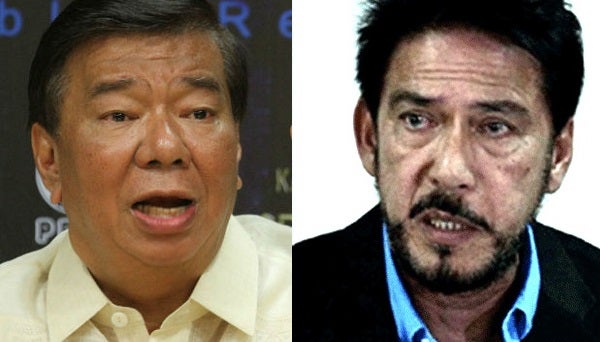 Senate Majority Leader Vicente Sotto III and Senate Minority Leader Franklin Drilon agreed with House Majority Leader Rodolfo Fariñas that lawmakers could not be arrested for offenses like minor traffic violations while Congress was in session. But added they would still be liable for the violations.

Sotto made it clear as well that only lawmakers who were driving their vehicles would immune from arrest for minor traffic violations – not their drivers.

He reminded officials of Article IV, Section 11 of the Constitution that a senator or representative should not be arrested in all offenses punishable by not more than six years of imprisonment while Congress was in session.

Farinas said if a lawmaker would introduce himself as one, traffic enforcers need not bring him to the precinct because he would be unable to perform his duty.

Both Sotto and Drilon said Farinas was right on the legislative immunity provided in the Constitution.

“It’s in the Constitution that you can’t be arrested but you remain liable of course,” Drilon told reporters. “You can be charged, but don’t arrest because it’s a minor offense.”

Drilon also agreed with Sotto that lawmakers driving their own vehicles could not be arrested for minor violations. But this would not apply to their drivers.

Sotto said erring drivers of lawmakers could be arrested by trafffic enforcers.

“If the driver is arrested, the congressman should just walk,” Drilon jested. /atm

Read Next
Duterte dares Sept. 21 protesters: Stay on Edsa for as long as a month
EDITORS' PICK
Why Tagle is a leading papal contender
A laptop that maximizes your WiFi so you can maximize your productivity
Powered by style, innovation and passion
House energy committee chair Arroyo bats for cheap electricity
PH resumes talks with China on Chinese-funded transport projects
PH may import sugar around October if supply runs out
MOST READ
Imee Marcos bares illegal importation of white onions
John Arcilla cries foul over death threats for his ‘Ang Probinsyano’ role: ‘Serye lang, walang personalan’
PVL: Celine Domingo gets big surprise as Creamline’s Finals MVP
Robredo turns over Angat Buhay housing units in Albay
Don't miss out on the latest news and information.