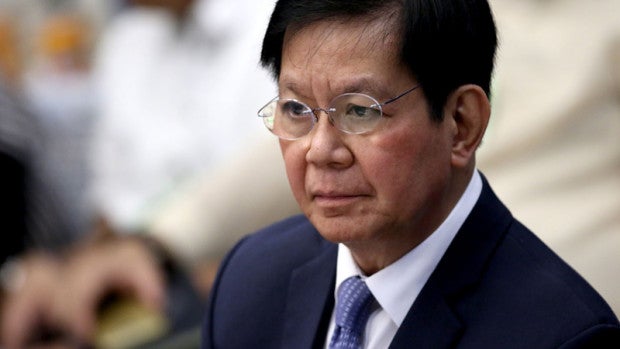 Senator Panfilo “Ping” Lacson believes that the ethics complaint filed against him by resigned Customs Chief Nicanor Faeldon should be junked for lack of substance.

(The ethics complaint clearly cites an erroneous basis or legal precedent. I think it lacks substance and the ethics committee should just junk it.)

In filing the complaint Monday, Faeldon called the senator a “liar” for accusing him in a privilege speech of receiving a P100 million welcoming gift upon assuming his position at the Bureau of Customs (BOC).

In the complaint, Faeldon asked the ethics committee to either suspend or expel Lacson from the Senate for “unethical, unparliamentary and improper conduct” as a senator.

“Senator Lacson, you are a liar. All your accusations against me are lies,” Faeldon said in an earlier interview.

But Lacson expressed confidence that the complaint against him would not take off, citing his immunity since he made the accusations in a privilege speech.

(I reviewed the cited precedent Osmeña versus Pendatun, where the Supreme Court ruled correctly. But in that case, the 1935 Constitution was applied. The 1987 Constitution corrected the 1935 Constitution, and made the immunity absolute once a statement is made inside the session hall during a debate or discussions of committees.) /idl

Read Next
Who loves a parade? Trump wants to showcase military might
EDITORS' PICK
House energy committee chair Arroyo bats for cheap electricity
Reignite your passion with the vivo Y35
Newbie gamers are in for a treat with the power-packed feature of vivo Y16
Karding damage to infrastructure at P23M
Bongbong Marcos says PH ‘open for business’ with new Clark Airport terminal
Individuals affected by ‘Karding’ now over 157,000
MOST READ
LPA enters PAR, may develop into tropical depression
Angelica Panganiban ‘duguan, sugatang mom’ one week into breastfeeding
LOOK: Catriona Gray moves into her new home ‘Casa Gray’
Security guard shoots 2 other guards dead inside Makati subdivision
Don't miss out on the latest news and information.