MMDA backs traffic exemption for Congress, but has to get nod from mayors | Inquirer News
Close
menu
search

MMDA backs traffic exemption for Congress, but has to get nod from mayors 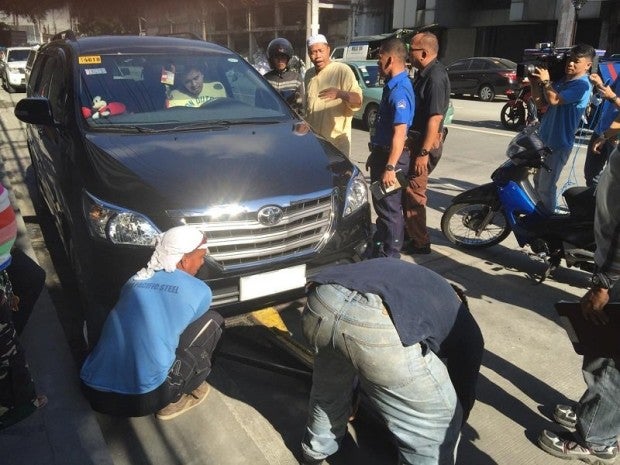 Should Congress decide to push through with its request that it be granted “parliamentary immunity” from minor traffic violations, the Metropolitan Manila Development Authority (MMDA) said on Monday that it would support the wish of the lawmakers.

“Of course, if that is the request of the House, chair [Danilo Lim] would back it up,” Jojo Garcia, the MMDA’s assistant general manager for planning, told reporters in an interview.

During the House’s transportation committee meeting on Monday, House Majority Floor Leader Rodolfo Fariñas sought the MMDA that they be given “parliamentary immunity” whenever they commit minor traffic violations. He pointed out that the exemption was to allow an erring lawmaker to attend a session in Congress, and not to impede their work as legislators.

As an example of a supposed minor traffic violation, Fariñas said that if a lawmaker runs over a pedestrian, he should not be apprehended right away.

“In our rules, after our session, we would surrender to the Speaker the member [of Congress],” he said.

Asked if the special treatment that Fariñas wanted was fair to the thousands of commuters and motorists who brave the daily traffic problem in the metropolis and are repeatedly called on to be disciplined drivers, Garcia said that there must be a “valid reason” for the request.

“It’s not for us to [tell] this early if that is biased, unfair, bad or good, since the request is yet to be given to us,” he said.

Once the request has been sent to the MMDA, Garcia said that they would still have to present it to the Metro Manila Council (MMC), the agency’s policymaking body. He noted that the exemption would only be granted once the MMC, composed of the 17 metro mayors, has approved the proposal.

When asked if the security escorts provided to a number of government officials aren’t enough in helping them weave through traffic, Garcia came to the lawmakers’ defense and said that “not all of them” have such detail.

When Lim assumed the MMDA chairmanship in May, he said that he would not implement any “fancy solution” or “complicated scheme” to address the traffic problem. Rather, he pointed out that he would have a “back to basics” approach, which meant the strict enforcement of traffic rules and regulations.