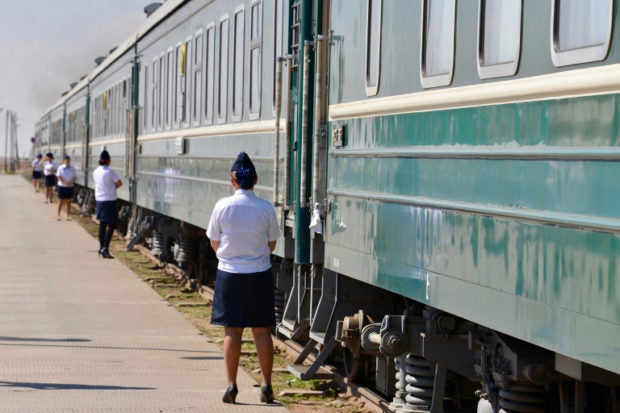 Proposals to extend the Trans-Siberian Railway could pave the way for an epic route that allows passengers to travel from London to Tokyo.

The iconic line already boasts the title of world’s longest journey on a single train, for its 6,346-mile (10,214 kilometers) route from Moscow to Pyongyang, a trip that runs once a week and takes nearly eight days to complete.

But a long-simmering plan first proposed by Japanese investors last fall to connect the Trans-Siberian Railway from Moscow to Japan is now closer to reality, following renewed talks between heads of state at the recently held Eastern Economic Forum.

But during the forum, President Vladimir Putin alluded to the possibility of building a bridge that would connect Russia’s mainland to its eastern-most island Sakhalin.

A second bridge would be built to connect Sakhalin to the Japanese island of Hokkaido.

In theory, the extension means that railway buffs could start their journey in London and reach mainland Europe via a Eurostar train to Paris.

From Paris, travelers could take a series of trains until they reach Moscow, the starting point for the Trans-Siberian Railway.

The extension would then take them to Japan’s Hokkaido island, where they could ostensibly take a bullet train to Tokyo. JB