Mom of killed UST law student asks: What happened to my son? 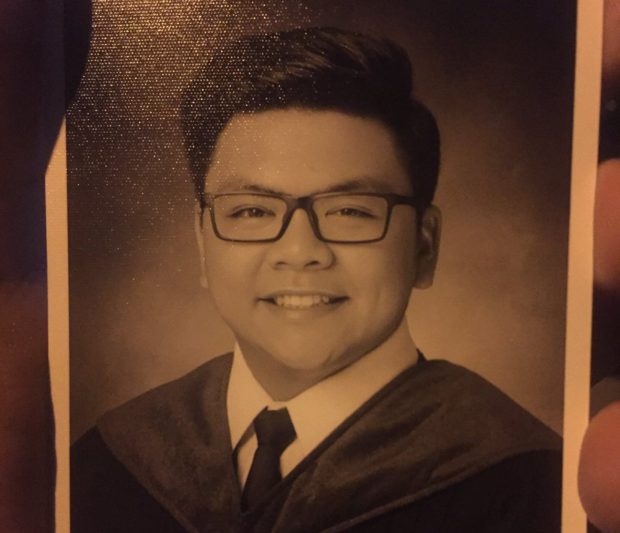 (I never lay a finger on him, never slapped him at all. My son is a good son. If he would go home, he would even call to tell me he’s going home)

This was how Minnie, the mother of 22-year-old law student Horacio Tomas Castillo III, fondly remembered him even as she expressed rage over her son’s untimely death due to what appeared to be another senseless killing seemingly because of fraternity hazing.

Horacio or Atio, as how his family lovingly called him, left to supposedly attend the Aegis Juris fraternity’s welcome ceremony at the University of Sto. Tomas (UST) on Saturday. He promised his mother that he would return home the following day.

But he did not come home the next morning.

Instead, Minnie said, she received a text message from an anonymous sender telling her that her son was at the Chinese General Hospital.

She said her son was found dumped on a sidewalk in Balut, Tondo, Manila on Sunday —his body bloated, full of drops of candle wax and wrapped in a blanket.

A motorcycle rider, she narrated, allegedly saw Castillo and brought him to the hospital but he was declared dead on arrival after suffering from hematoma.

(The Chinese General said a body of a UST student was brought to them but the Soco and a funeral parlor already took the body.)

Minnie said she was not worried about her son’s decision to join the fraternity after learning that the UST’s College of Law dean is one of its members.

At first, Minnie said, her son, a first year law student, was hesitant to join any fraternity.

“But he was recruited. And then nagpaalam naman siya sa amin,” she said.

Castillo’s family appealed to the fraternity to respond to their phone calls.

Minnie said the Soco is now investigating the case and the family is waiting for the results of the autopsy.

She said the fraternity members should come forward to at least tell them what they did to her son.

“They should come forward and tell me what happened to my son. At least tell me kung paano nila pinatay ‘yung anak ko. Pinahirapan nila ‘yung anak ko eh,” she said even expressing disgust over the acts of those “lawyers”.