Battle not yet over for Bantayog | Inquirer News
Close
menu
search

Battle not yet over for Bantayog 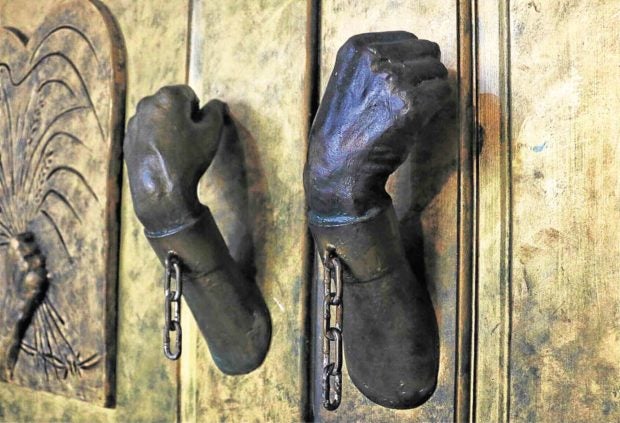 It sits on a 1.5-hectare lot in Quezon City, bordered by Edsa and Quezon Avenue, with enough space for a stroll and quiet contemplation despite having a commercial and call center hub for its closest neighbor.

But the people minding the Bantayog ng mga Bayani (Heroes’ Monument) sense that they are currently in the middle of a battle: The battle between truth-telling and growing attempts at “historical revisionism” regarding the Marcos dictatorship.

Thirty-one years since its establishment, Bantayog—which mainly features a memorial wall, a library and a museum depicting martial law atrocities under Ferdinand Marcos—finds itself going beyond its usual role as a venue for remembering and reminding.

Nowadays, it may also have to lead in resisting the forces that are out to whitewash the image of the Marcos regime, particularly targeting the younger generations. 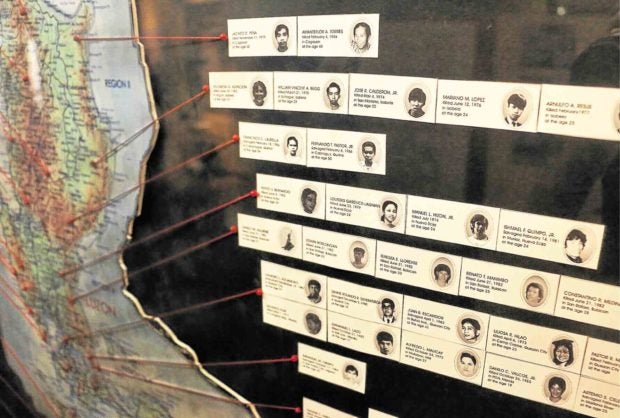 Victims’ stories are mapped, showing that the atrocities not only happened in the capital.

For May Rodriguez, executive director of the foundation running Bantayog, the strongest warning came when the Marcos family managed to stage a “sneaky” hero’s burial for the long-dead dictator in November last year, after securing the approval of the Supreme Court and the blessing of the Duterte administration.

“(Our) campaign against having Marcos buried at Libingan made up for the two decades of neglected education on the lessons of martial law,” Rodriguez said in an interview.

The Marcos burial served as a wake-up call for the foundation to draw more youths particularly to its museum and library, which both document and dramatize the human rights violations, tortures and disappearances of those who dared to question the strongman’s rule.

Artifacts courtesy of the victims themselves or their heirs make up most of the exhibits at the museum.

“We have donations from the very families we have honored here,” Rodriguez said.

These include old letters, photos, artworks done in jail, mainstream news clippings and underground publications defining the era, among others.

The building housing the library and museum is named in honor of the late anti-Marcos leader and Sen.  Jovito Salonga, one of the founders of Bantayog.

Visitors to the museum are met at the entrance by a piece of sculpture—a pair of arms that have broken the chains of bondage—to symbolize the pained journey to freedom that awaits them inside.

Most of the displays present a timeline of Marcos’ rise and fall—and the abuses of power, the suppression of freedom, and the slow boil of activism that came in between.

Among the more eye-catching pieces is a replica of a jail cell “designed” by martial law survivor Hilda Narciso, who was a teacher and church worker when arrested in Davao City and thrown in detention together with 20 others. 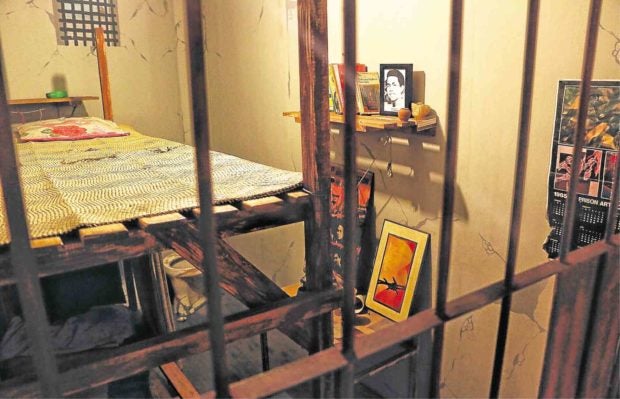 A replica of a martial law jail cell, as “designed” by a former occupant.

The Hall of Remembrance tells the stories of the students, union leaders, community organizers, professionals, journalists and religious people whose lives were cut short or deeply scarred by military and police atrocities.

Their names are also etched for posterity on the Wall of Remembrance, an outdoor piece that currently honors 287 heroes and martyrs who defied Marcos.

Among them are Liliosa Hilao, a student who was considered the first to die at the hands of martial law enforcers; Rizalina Ilagan, another student who remains missing to this day; and Macliing Dulag, a leader of the Butbut tribe who was assassinated for opposing the Chico River Dam Project.

Among the honorees who were added last year was the late Leticia Jimenez-Magsanoc, Inquirer editor in chief. A tribute posted on the Bantayog website reads: “Letty was not a street protestor. Her domain was the editorial room. But she knew of the excesses of martial rule…Always mentioned in the written and oral accolades heaped on Letty was her courage and daring during the dark years of the Marcos dictatorship, how she used the written word to challenge the dictatorship.”

“What we at Bantayog have done in the past 30 years is to present the faces of real people who led ordinary lives…but who fought back when it was time to do so,” Rodriguez said. 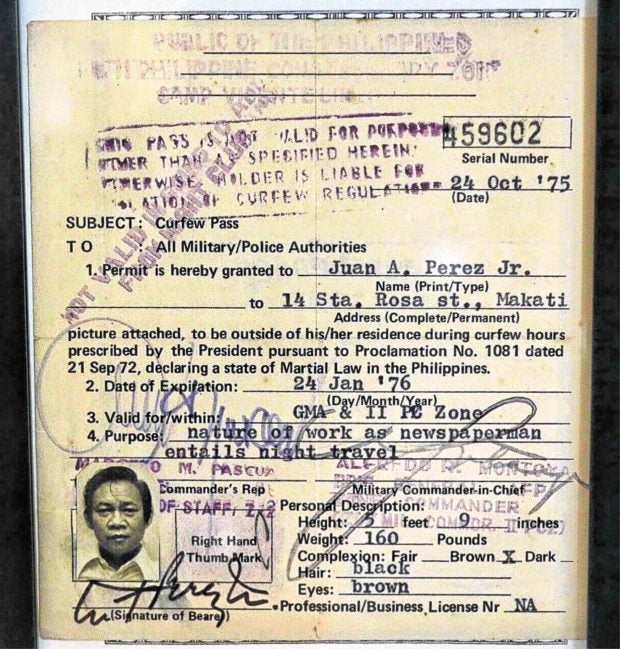 A curfew pass issued to Juan A. Perez, publisher of The Daily Express.

As to their memorabilia, “we are racing against time to digitize them,” Rodriguez said. “We would like to preserve them—in case anything happens.”

She was alluding not really to physical threats to the memorial—which relies on donations for funding and sits on a LandBank property—but to the more serious danger of it being ignored, rendered irrelevant and ultimately forgotten.

The Marcoses may have scored a victory when they were  able to bring their Apo to Libingan, but Rodriguez said that same event still sparked something positive.

“The youth may have no deep understanding of (the Marcos years as) taught in schools,” she said. “But the burial somehow opened their minds.”

In fact, she said, Bantayog saw an increase in the number of visitors and school tours in the days and weeks after the interment. “So it wasn’t a total loss…Now the young people suddenly found meaning in what we were saying.”

“Memorializing is our base, where we come from, when we say we need to resist any return to repression,” she said. “This is our hugot: Filipinos died to fight repression from the past, from our own government.”

“Monuments are physical. You can erect them and put them down,” she said. “What is important is that we plant the truth deep in the memories of people. Even if we get padlocked or torn down in the future, we will go on and find a way. We will not stop. Like water, memories keep flowing and find a new direction.”