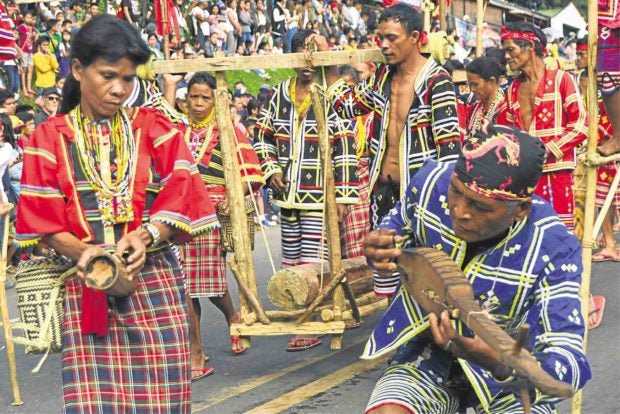 MALAYBALAY CITY—Bukidnon Gov. Jose Maria Zubiri Jr. appealed to the House of Representatives to reconsider the P1,000 budget it approved for the National Commission on Indigenous Peoples (NCIP) next year, saying the measly budget would practically freeze the processing of ancestral land titles for “lumad” (indigenous peoples or IP).

Zubiri, whose province is home to at least seven lumad groups in Mindanao, also warned that the budget cut would lead to more discontent among IP communities which, in turn, would make them vulnerable to recruitment by communist rebels.

“I would like to appeal for compassion from the members of Congress,” said Zubiri, a former Bukidnon representative. “It saddens me because 36 to 37 percent of the 1.4 million people in Bukidnon are lumad and they are the poorest.”

The House rejected the P1.18-billion budget proposed by the NCIP for 2018 and instead approved a P1,000 allocation.

Explaining the huge cut, Bayan Muna Rep. Carlos Zarate said the NCIP failed to act on the killings of lumad leaders and on the incidents of land-grabbing involving ancestral lands, which made it undeserving of its proposed budget.

Zarate said the approval of the P1,000 budget for the NCIP sent a strong message, especially at a time when lumad marched to Metro Manila to join other IP groups in the annual “Lakbayan.”

But Zubiri said the budget cut would render the NCIP helpless in acting on issues concerning Mindanao’s lumad, including pending petitions in Bukidnon for the processing of their ancestral domain claims.

Zubiri, who chairs the Regional Development Council in Northern Mindanao, said the provincial government had set aside P10 million to finance the processing of ancestral domain claims by IP groups in Bukidnon.

“That (P10 million) is not even enough,” he said, referring to additional costs like surveyors’ fees and processing of documents required to establish claims.

Among the major lumad groups in Bukidnon who have ancestral domain claims are the Bukidnon, Higaonon, Talaandig, Manobo, Matigsalug, Tigwahanon and Umayamnon.

Zubiri said that in Bukidnon alone, the New People’s Army had been recruiting members from lumad communities.

He feared that resentment among local indigenous communities arising from Congress’ decision might push more of them to join the rebel group.

“What is it that made them angry toward the lumad people? Is it because the lumad are claiming their ancestral domain?” he asked.

In Pangasinan province, Josephine Saguirre, IP representative to the town council of Sison, said the NCIP had been a big help to them, especially in providing them livelihood training and scholarships.

“Without a budget for next year, what will happen to us?” Saguirre said.

Saguirre, a Tinggian who represents 17 IP-populated villages of Sison, said she would meet with tribal leaders to gather suggestions on how they could help the NCIP get its proper budget. —WITH A REPORT FROM GABRIEL CARDINOZA