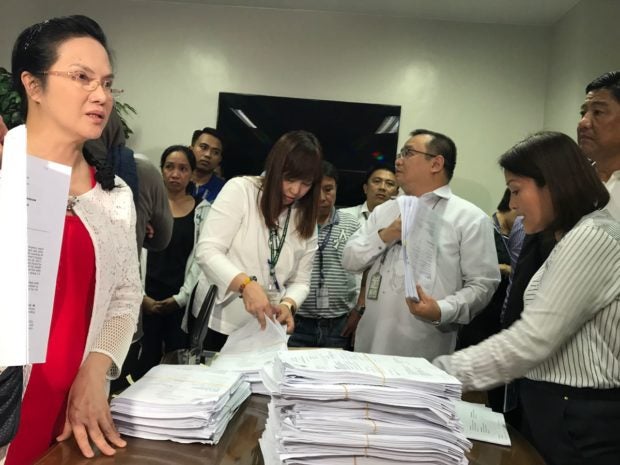 Criminal complaint has been filed against the police officers and a taxi driver implicated in the death of Carl Angelo Arnaiz and 14-year-old Reynaldo “Kulot” De Guzman.

The complaint cited the testimony of eye witness, a certain “Joe Daniel,” who said that sitting beside Carl behind the police patrol vehicle was a little boy. 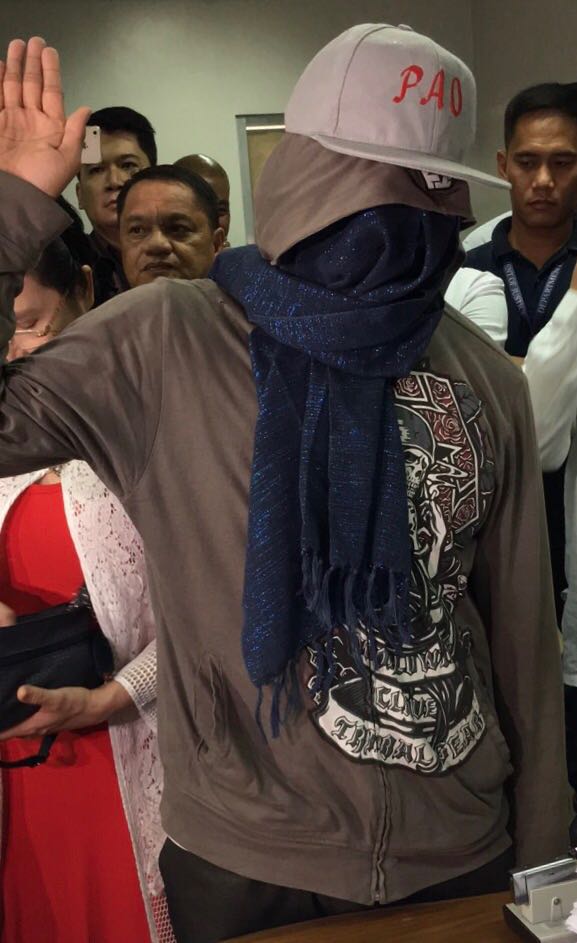 Joe Daniel said he went to Caloocan to visit a friend in the evening of Aug. 17. He added he and his friend attended a birthday party and at around 1:20 a.m., of Aug. 18, he said they already left the party.

Joe Daniel let his friend took the taxicab first because he said he does not like the smell of alcohol and cigarette. Then, Joe Daniel said he opted to look for a lugawan before going home to Cavite. He looked at his watch which showed 1:28 a.m., when he saw a young man being dragged out of a police patrol car and ordered to kneel on a grassy area.

The witness said the young man, holding up his handcuffed wrist pleaded “susuko na po ako” but he was shot dead by the two policemen.

Joe Daniel said he hid behind a lamppost after seeing the police officer dragged the young man to the grassy area. He said he remembered the young man’s face because he looked at his direction before he kneeled and pleaded.

The witness positively identified Perez and Arquilita based on photographs shown to him.

His testimony was confirmed by the examination of the body conducted by forensic experts from the Public Attorneys’ Office (PAO).

An examination of the body showed that he sustained five gunshot wounds, four of which were from the chest. He also has handcuff marks and several bruises to his body.

Carl and Kulot who were neighbors in Cainta went missing from early last month. Carl’s body was found at Ezekiel Funeral Homes weeks after he disappeared while Kulot’s body was fished out of a creek in Gapan, Nueva Ecija on Sept. 5. Kulot’s body bore at least 26 stab wounds and his head was wrapped in packaging tape and a shirt.

PAO chief Persida Rueda-Acosta, who assisted the families in filing the charges, explained that Bagcal was implicated as a co-conspirator in the killings.

“We believe he had knowledge of the twin killings. He should be brought here in the DOJ to explain his inconsistent affidavits,” she told reporters.

But Acosta explained that Bagcal could still be off the hook and serve as state witness in the case.

“He could even qualify for witness protection program for as long as he tells the whole truth,” she stressed.

The complaint also named other unidentified policemen. Acosta said they would ask the DOJ in preliminary investigation to summon the records of police to determine the other policemen involved in the killings.

Perez and Arquilita had claimed that they killed Arnaiz in a gunfight in the wee hours of August 18 after the teenager allegedly robbed Bagcal.

But parents of Carl said their son has with him P17,000 cash when he disappeared.

The parents and his sister said that the items recovered from the body including the knife, bag, hat and mobile phone were not that of Carl’s.

The complaint was received by Acting Prosecutor General Jorge Catalan Jr. and is set to undergo preliminary investigation. /jpv