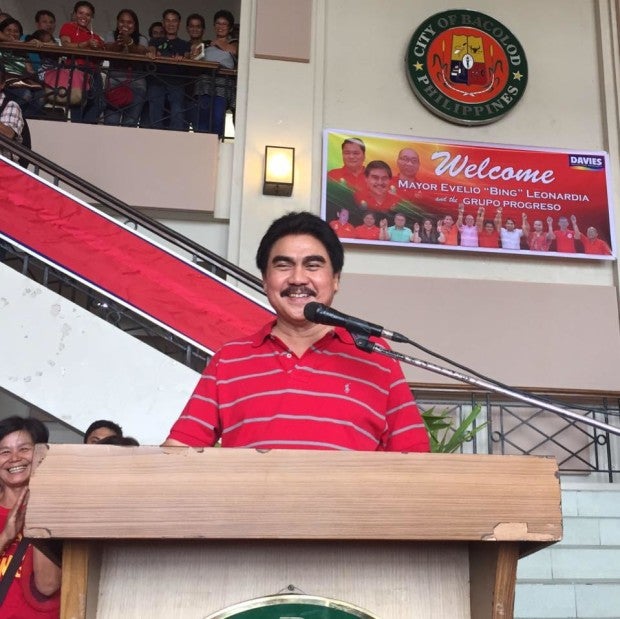 ILOILO CITY—The Court of Appeals (CA) has reversed the dismissal from service of Bacolod City Mayor Evelio Leonardia and eight other city officials and employees accused of graft.

In a 16-page decision promulgated on Sept. 6, the Court of Appeals Former 18thDivision in Cebu City reversed the Dec. 2, 2016 resolution of the Ombudsman finding Leonardia and his co-respondents guilty of grave misconduct and gross neglect of duty.

The case is in connection with alleged irregularities in the purchase of office equipment, furniture and fixtures amounting to about P49 million.

It was “not proper” for the Ombudsman to find the respondents guilty of grave misconduct and gross neglect of duty, according to the appellate court.

“There is no showing that the acts… were tainted with corruption or that petitioners benefited (from them),” according to the decision. /jpv