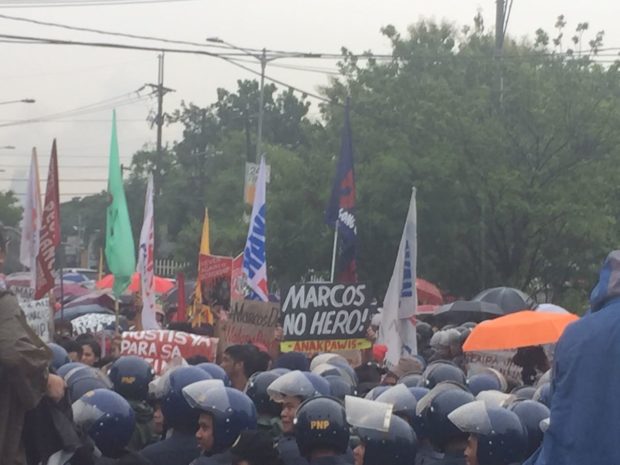 Despite the protest actions staged outside the Libingan ng mga Bayani, the gathering inside the heroes’ cemetery attended by friends and family of the late strongman President Ferdinand Marcos turned generally peaceful, police said.

This was because of the successful security preparations of police, said Southern Police District director Senior Superintendent Tomas Apolinario on Monday.

(The ground commander decided to separate the pro-Marcos and the protesters. There’s only a narrow lane between the two groups but police were able to widely separate them.)

A total of 600 police and military personnel were deployed for the event.

Apolinario said about 250 guests attended the event while about 150 pro-Marcos and 200 protesters held mass action outside the cemetery.

The anti-Marcos protesters left the venue at around noon after about an hour of staging a program denouncing the late strongman. Frances Mangosing