8 hurt as jeepney slams into tree in Pasig City 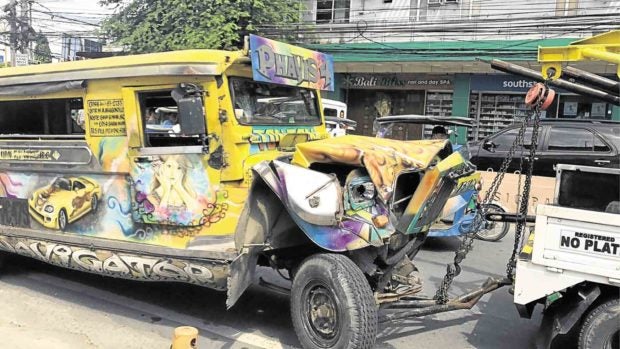 JEEP VS TREE A lazy Sunday turned into a crazy day for eight passengers of this jeepney which crashed into a tree on Lanuza Street, Pasig City. —JODEE A. AGONCILLO

According to Lombredas, vehicles in the area at that time were traveling fast as traffic was light.

The jeepney driver, 22-year-old Terrence John Namoro, told the Inquirer that he crashed the jeepney after he tried to avoid a van which was turning left.

Namoro said that he turned the steering wheel sharply to the right but when he maneuvered it back to the left, it locked. The jeep headed straight into the gutter and crashed into a tree, he told investigators.

Lombredas said no case had been filed against the driver as their investigation was still ongoing.