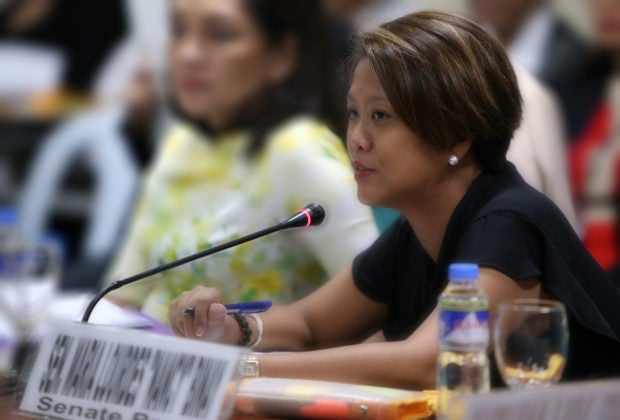 Senator Nancy Binay on Sunday urged the Department of Health (DOH) to be cautious in its efforts to quell public scare amid reports of high costs and shortage of Japanese encephalitis (JE) vaccine.

“To date, Japanese encephalitis has claimed nine lives in our country. While this number might not be alarming to the DOH, it has caused many parents to worry over their children’s susceptibility to the disease. I urge the DOH to look into quelling the public’s fears through a comprehensive information campaign,” Binay said in a statement.

“Health is a sensitive issue and must be treated with care. The DOH must remember this in its efforts to address the issues surrounding Japanese encephalitis,” she added.

The senator made the call following public clamor for vaccines against JE, which prompted the DOH to issue warnings against purchasing vaccines from unknown sources and administering it during the rainy season, when it is said to be less effective.

Binay said that according to reports, stocks of the JE vaccine are running low due to the sudden rise in demand from the public. This has caused many to look for alternative sources of the vaccine, prompting the Food and Drug Administration (FDA) to issue a warning against buying JE vaccines which are of questionable quality and may even pose health risks, she added.

READ: Vaccine for Japanese encephalitis out of stock

“If it is not recommended for the vaccine to be administered during this time, the DOH must intensify its efforts to spread this information to the public. Because while there are efforts to do this, many are still looking for other ways to procure the vaccines despite warnings against doing so,” the senator said.

JE is a viral disease spread by the Culex mosquito from pigs and waterbirds. It targets the nervous system, causing high fever, headache, stiff neck, disorientation, paralysis, seizures, coma and even death.

This year, the DOH has recorded nine deaths out of the 133 total cases of JE. Four of these were reported in Pampanga, two in Zambales, two in Pangasinan, two in Laguna and one in Nueva Ecija, the senator said.

To date, Imojev is the only brand of JE vaccine in the country which could cost from P2,500 to P4,000 per shot, depending on the hospital where it is availed, Binay added.