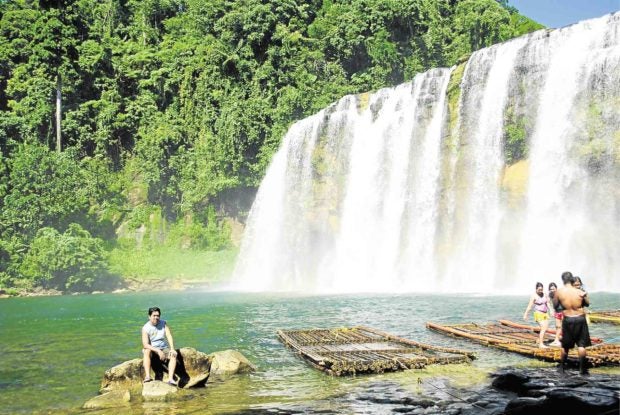 The soothing sight of Tinuy-an Falls in Bislig City gives tourists a reason to return to Surigao del Sur province.

When Surigao del Sur adopted the slogan “Shangrila in the Pacific” in the late 2000s, tourism bigwigs were skeptical. The province faced perennial problems of poverty, the ill-effects of logging, insurgency, poor road networks and lack of establishments to cater to tourists.

But almost a decade later, skeptics noted how tourists were increasingly drawn into this mythical shangrila, with the Enchanted River in Hinatuan, Tinuy-an Falls in Bislig and Britania Islands in San Agustin — among the top attractions.

To harness its God-given wonders, the provincial and municipal tourism offices recently rebranded Surigao del Sur with the slogan, “It’s a Sur Thing,” hoping to draw more visitors and bring along with it economic dividends to the communities.

Visitors who have gone around the province concede that its unique and unspoiled natural attractions make it the “proverbial paradise” in the archipelago’s Pacific seaboard.

Traveling to Surigao del Sur has become a lot easier as roads are being upgraded and new flights from Cebu to the capital city of Tandag here have been introduced.

Urbanites who want something different also sought out this place as their preferred getaway after the Department of Tourism’s (DOT)  tourism ad, titled “Anak,” was shown on television. The ad featured shots of the province’s top locations and brought this once obscure place into the spotlight. 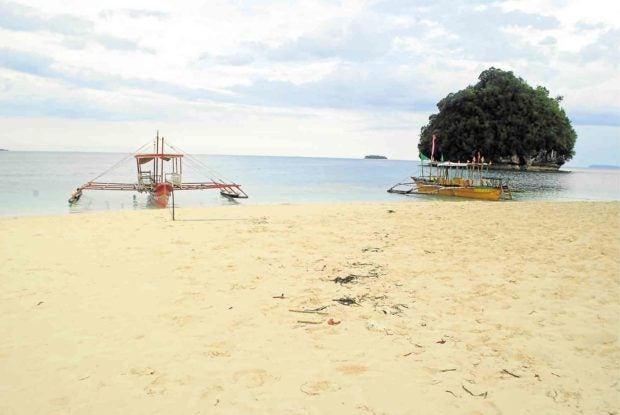 Here’s a rundown of must-see spots you can explore within 48 hours around the province’s 16 towns.

Carrascal, the northernmost town, thrives on the mining industry which enabled it to build the Carrascal Extreme Adventure Park, the only one of its kind in the Caraga region.

The local government plans to expand the park with a family recreational promenade and establish two marine-protected areas for diving and snorkeling.

Cantilan, the “cradle” municipality from where the neighboring towns were carved out, is a heritage village due to the presence of colonial-era ancestral houses which serve as heritage museums of sort.

It is home to a string of idyllic isles known for their rich  biodiversity; among them, the award-winning Ayoke, General, Dobol B, Huyamao, Casarica and Isla Encantada.

Libtong Cove is dissected by a strip of limestone with a lush vegetation. The turquoise body of water is home to thousands of stingless jellyfish which guests can hold.

Currently in the works is a first-class hotel, the town’s first, to augment the existing sports and events complex in the province.

The coastal town of Lanuza is regarded as the surfing haven of mainland Caraga, which draws the country’s top surfers at the Doot Poktoy spot in its annual tournament in November.

If you’re not into wave-riding, you can check out Magkawas Falls, Campamento Cave, Silop Cold Spring and Agsam Handicrafts. An interesting pit stop is Sanctuary Café, which has a commanding view of the beach. 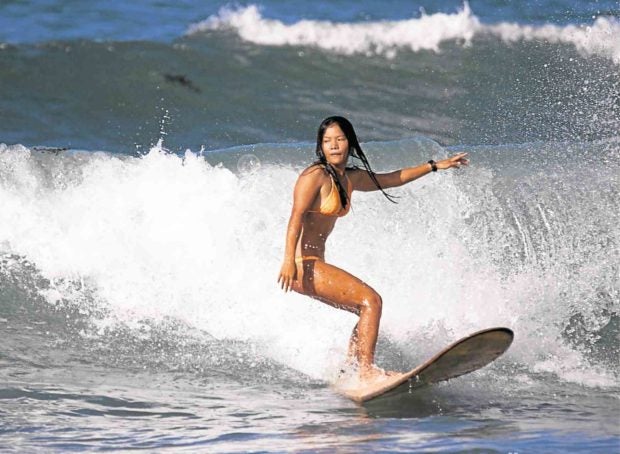 The town of Cortes is among the region’s top scuba diving havens. For several years, the town government has nurtured several marine protected areas that have enriched aquatic life.

A seasonal attraction is the Laswitan Lagoon. Tucked in a 40-foot limestone formation, it creates three natural basins so that when the Pacific surf becomes high, the 60-foot tall waves would flow and spill into the lagoon, creating a massive waterfall effect.

Declared a component city in 2007, Tandag, the provincial capital, is at the heart of Surigao del Sur. It also serves as the province’s air and land transport gateway, commercial and financial center and educational hub.

It has a newly revitalized airport with regular Cebu Pacific flights to and from Cebu, making it more accessible to travelers.

It may not have the typical sight-seeing spots, but it offers hotels, resorts, restaurants and other facilities catering to tourists.

The neighboring town of Tago, so-called because of its secluded location, has two resorts—Villa Azarcon and Green Falls—built around cascades and waterfalls to create refreshing spring water pools.

Beach bums will enjoy White Beach in Cagwait town, which boasts of a huge cove of powdery sand. The town recently held the Kaliguan Festival, a beach-themed celebration timed with the feast of St. John the Baptist.

San Agustin town is home to the iconic Britania Islands, a chain of some two dozen uninhabited rock islets featured in the new DOT ad where British travel blogger Jack Ellis started his journey. The jump-off point to Britania is dotted with resorts where tourists often spend the night.

Lianga offers a break from the slew of beaches with the Neptune Road, which has a canopy of a man-made forest, located on top of the Bao-Bao Falls. Local officials are eyeing the 3-km mangrove-rich Andanan River for possible river cruise activities.

The town, where one can get a taste of the exotic tikud amo (monkey’s heel) — a rock oyster with a calcified, rough and spiny shell — is also being positioned as a culinary destination because of the mouth-watering local seafood delicacies it offers.

Barobo is a bustling fish port and crossroad town which connects to the Davao and Agusan provinces. It has an array of hideaways located off the mainland Cabgan Islet, the visually stunning Vanishing Sandbar which appears on low tide and connects to Turtle Island, once a pilgrimage site of a religious group.

At the mainland, Bogak Spring  abounds in freshwater fish. The area is being developed by the town government as a recreational site.

Surigao del Sur’s piece de resistance is Enchanted River, an abyss-like spring river, the only one of its kind in the country whose blue-green brackish water serves as a public spectacle during fish-feeding time.

When it reopened in March, swimming was restricted to the shallow area, and food and vehicles were prohibited from the lagoon park.

To entice visitors to stay overnight and discover more about the town, the municipal tourism office and a group of tour guides have introduced an island-hopping circuit and a heritage tour around the Poblacion area.

Another must-see in the province, the postcard-pretty Tinuy-an Falls in Bislig City has been dubbed as the “Little Niagara Falls” of the Philippines, because of its 55-meter massive drop and a 95-meter expanse of its water fall.