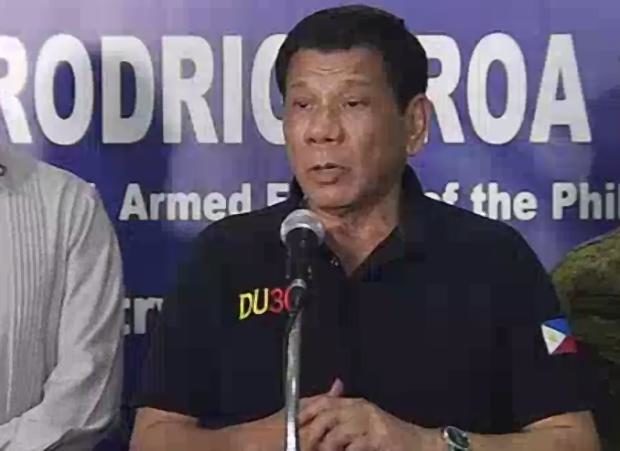 President Rodrigo Duterte on Saturday said he would not hesitate to declare martial law throughout the country if communist rebels would take their rebellion to the streets.

Duterte said the communist insurgents and their fronts were no longer bothering to hide their meetings and he had allowed them to go on with what they were doing. But he would not tolerate it if they would become violent.

“Do not commit the mistake. I am not trying to scare you. Do not commit the mistake of staging a rebellion, where there is fighting in the streets. I will not hesitate to impose martial law all throughout the country and order the arrest of everybody,” Duterte said in Cagayan de Oro, where he visited wounded troops confined at the Camp Evangelista Station Hospital.

He said he would not want to engage in killings, but he would not balk at using the military and the police to fight communists insurgent if they would commit an overt act to destroy the government.

They could demonstrate in the streets all they want, and he would tell the police and soldiers to stay in their barracks.

He could even declare the day of protests a non-working holiday, he said. But all bets are off if they turn to destruction and violence.

“You can have the city, but do not create trouble,” he said. “That’s my only warning. Do not resort to destruction and trouble because I would order the police and military to go against you.”

After a promising start, the relationship between the Duterte administration and the communist insurgents has soured following attacks on government troops by the New People’s Army. /atm