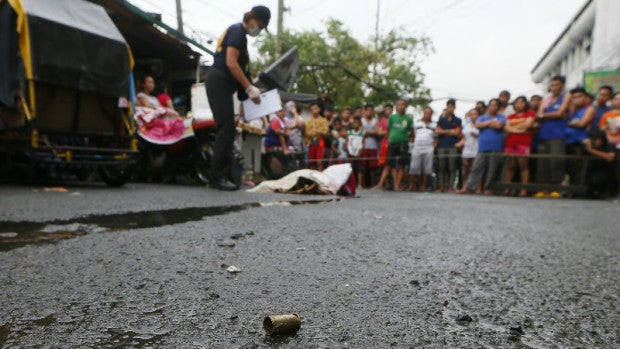 “These killings demonstrate that Duterte’s rejection of the rule of law has made all Filipinos potential ‘drug-war’ victims, no matter how young,” he added.

Arnaiz and De Guzman went missing on August 18 after the two went out for midnight snacks in their neighborhood in Cainta, Rizal. Arnaiz was found 10 days later, in a morgue in Caloocan City, where he allegedly robbed a taxi driver and was later killed in a shootout with the police.

De Guzman was found only on September 5, floating in a creek in Gapan City, Nueva Ecija, which is almost a hundred kilometers away from his home. His head was wrapped in cloth and packing tape while his body bore multiple stab wounds.

Two days before Arnaiz’ death, Caloocan City police killed 17-year-old Kian delos Santos in a purported anti-illegal drug operation. Witness accounts, a CCTV footage, and forensic examination on Delos Santos’ body indicated that the police dragged him into a dark alley, where they allegedly shot him in the head.

The HRW likewise said Duterte’s government has further imperiled children by approving a plan for a mandatory drug testing of college students and applicants.

The order allows local governments, the police, and other law enforcement agencies to “carry out any drug-related operation within the school premises” with the approval of school administrators.

“This will effectively allow the police to extend their abusive anti-drug operations to college and university campuses, placing students at grave risk,” the New York-based group said.

“A fundamental obligation of every government is to protect the lives of its children, not to empower police and their agents to murder them. Until Duterte ends his abusive drug war and allows a UN-led international probe, child-killers among the police will continue to get away with murder,” Kine noted.

Last year, the government formally invited UN special rapporteur on extrajudicial, summary or arbitrary executions Agnes Callamard to conduct her independent probe but she declined because of the conditions, including a public debate with President Duterte. KGA