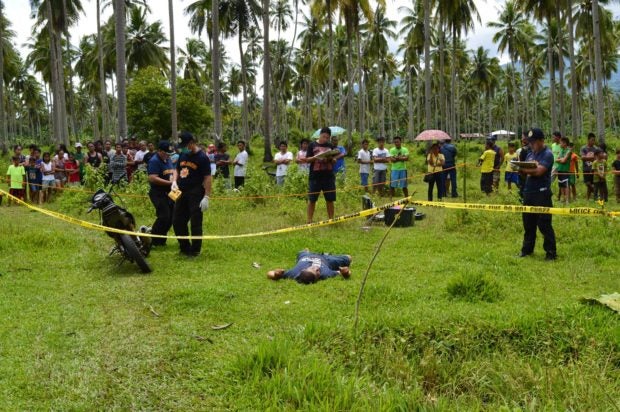 ORMOC CITY – An alleged top drug personality in Sogod town, Southern Leyte was killed in a buy-bust operation with the police operatives on Thursday morning in Barangay Salvacion, Sogod, about 110 km from here.

The suspect was identified as Gilbert Dagting, 37, who was in the list of top drug suspects in Sogod, said Chief Insp. Delfin Tan, Sogod Drug Enforcement Team chief in a phone interview.

Tan said that an undercover agent purchased one small sachet of shabu from Dagting but the suspect sensed that it was a sting operation and drew his gun to shoot at the policemen who managed to fire at Dagting and killed him.

Tan said Dagting was one of those who surrendered during Oplan Tokhang, a police campaign that sent policemen knocking on the doors of drug suspects and asked them to surrender and change their ways.

But he added Dagting continued selling shabu based on the test buy the police had conducted prior to the operation.