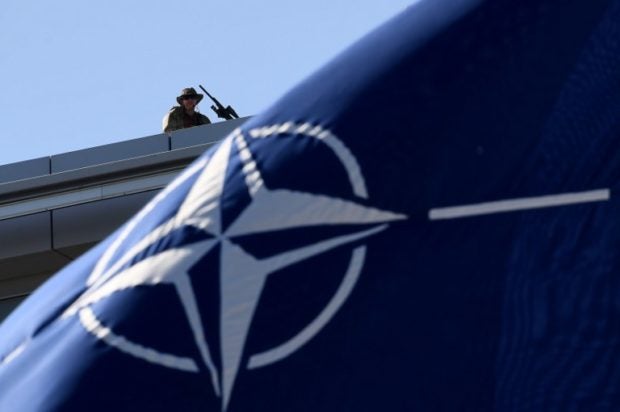 A military personnel stands guard on top of the roof during the NATO (North Atlantic Treaty Organization) summit ceremony at the NATO headquarters, in Brussels, on May 25, 2017. AFP FILE

BRUSSELS, Belgium — NATO on Wednesday demanded tougher implementation of sanctions against North Korea in the wake of the country’s sixth and most powerful nuclear test to date, and called for new efforts to draw the reclusive state away from its “threatening and destabilizing path”.

The test on Sunday of what Pyongyang described as a hydrogen bomb demonstrated North Korea’s “accelerating and unprecedented campaign” of unlawful missile launches and nuclear tests, the alliance said in a strongly worded statement.

International unity in the face of the North’s nuclear push appeared to crumble this week as Russia rebuffed US calls for new UN sanctions, joining Pyongyang’s key ally China in resisting pressure for more action.

NATO said the threat posed by the North demanded a “unified response” from the international community.

“It is now imperative that all nations implement more thoroughly and transparently existing UN sanctions and make further efforts to apply decisive pressure to convince the DPRK regime to abandon its current threatening and destabilizing path,” the alliance said.

Japanese experts said Wednesday that Sunday’s blast had a yield of about 160 kilotons — more than 10 times the size of the bomb dropped on Hiroshima at the end of World War II.

She had demanded a vote as early as Monday — as Washington is in parallel considering hitting Russian and Chinese businesses that have dealings with the North with secondary sanctions.

Russia backs a Chinese proposal for peace talks based on a freeze of North Korea’s nuclear and missile tests in exchange for a suspension of US-South Korean military drills.

NATO Secretary General Jens Stoltenberg announced Wednesday that he would be travelling next month to Japan and South Korea — alliance partners in the region — to discuss the North Korea crisis. CBB