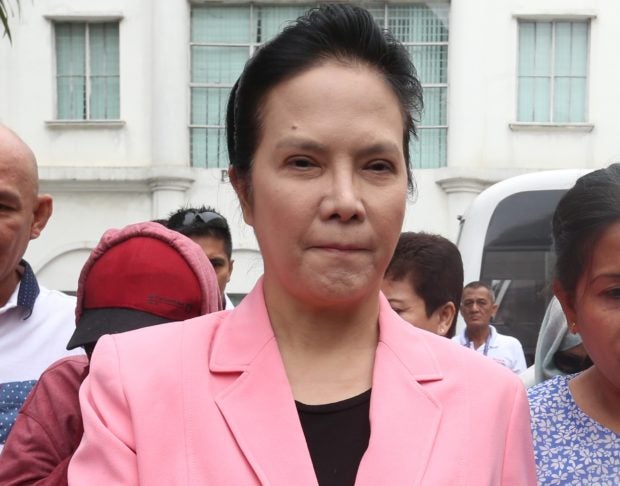 After Philippine National Police Ronald “Bato” Dela Rosa teared up at a Senate hearing, Public Attorney’s Office (PAO) Chief Persida Rueda-Acosta also turned emotional on Tuesday as she defended the PNP from accusations that they have a policy to kill suspected drug users.

(With due respect to Senator Hontiveros, PAO doesn’t have a pronouncement saying there is a pattern here. I repeat, the government has no policy to kill without mercy.)

(There is a revised penal code on state of necessity, self-defense, it’s fulfillment of duty when the life of a police is in danger. I myself can attest that police aren’t under orders to kill without mercy.)

Acosta even noted their more than 80,000 clients whom she said were all jailed but alive, as a proof of that the PNP does not have a policy to kill.

(That’s why 80,000 of our clients who are incarcerated are alive. The police arrested them.)

(What about the police who are ready to risk their lives for our country? They’re making all the police look bad. Senator Hontiveros, excuse me but I’m hurt because there are so many police who are our clients whom we defend from the past until now.)

Acosta clarified that she only mentioned the similarity between the case of Delos Santos and Arnaiz, and she did not note of any pattern to the killings.

(The similarity between Kian and Carl’s cases are that they’re both teenagers, they have mothers who are OFWs, they both have stores in their homes, they both look decent and are not on the village drug list. But I’m not saying there is a pattern. I’m here to give due process for the police.)

Delos Santos was killed in an alleged shootout with Caloocan City cops during a drug operation, while Arnaiz, 19, was also shot dead by Caloocan City policemen after he allegedly robbed a cab driver. je