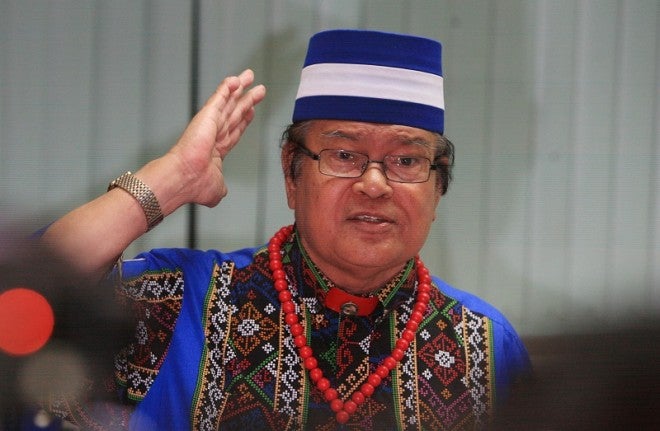 CAGAYAN DE ORO CITY — Operatives of the Martial Law Special Action Group (MLSAG) raided the compound of lawyer Ely Pamatong in Sitio Tabucnai, Barangay Tablon, this city on Aug. 31 but he was nowhere to be found.

A Criminal Investigation and Detection Group (CIDG) official said Pamatong, who proclaimed himself as the commander in chief of the Philippines and leader of the USA Freedom Fighters of the East, was considered “armed and dangerous.”

SPO4 Noel Oclarit, chief investigator of the CIDG here, said they suspected that some of the firearms law enforcers who were supposed to confiscate from his headquarters here were with him and his followers.

Oclarit said somebody must have tipped Pamatong off since he was no longer inside the compound when MLSAG operatives arrived with a search warrant.

Inside Pamatong’s compound in Tablon was his version of the presidential residence, which he called “Palacio Mailakandian de Oro,” or the “world’s smallest, poorest presidential palace,” according to his members.

Oclarit said it was possible that Pamatong could be in one of those camps.

But, he said, Pamatong or any of his members could be arrested if they were seen carrying illegal items, especially firearms.

An upside down Philippine flag meant the country was at war, Oclarit said.

Last month, some of Pamatong’s followers wearing military uniforms were arrested by law enforcers while on their way to Marawi City.

Pamatong had figured in controversies. He declared war against China and supposedly ordered his supporters to toss spikes along Edsa in Pasay City which destroyed tires of more than a hundred vehicles after the Commission on Elections junked his presidential bid in 2004. He ran for president twice but lost. —Jigger J. Jerusalem