BFAR puzzling over dead sardines washed up on CDO shore 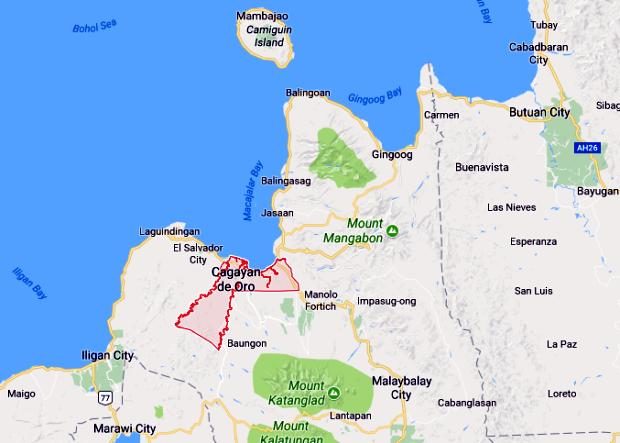 Cagayan de Oro is a coastal city and the capital of Misamis Oriental in Mindanao. (Image from Google Maps)

CAGAYAN DE ORO CITY – The Bureau of Fisheries and Aquatic Resources (BFAR) in Northern Mindanao on Monday said it had not yet determined what caused the death of hundreds of sardines, known as “tamban,” that were found on the shore of Barangay Tablon here.

Villagers in the coastal community said they were shocked when they saw specks of white on the sea’s surface at about 10 a.m. on Sunday.

What the village fishermen had seen were hundreds of sardines floating.

“They were glittering, but they were not moving,” said Rudy Gamo, 53, who has been a fisherman since the 1980s.

Soon after, many sardines began to wash up on the beach. By this time, people began to pick up the dead fish. Some of them brought lightweight styrofoam boxes and filled these with sardines.

Villagers from other areas in Tablon also came and joined in the picking of dead sardines. People living in the shoreline immediately cooked the sardines, either by frying or grilling them.

As of Sept. 4, there was no report of people suffering from any gastrointestinal disorder from eating the sardines.

But Dr. Jennifer Marie Rivero, a veterinarian at the BFAR, said people should not have eaten the dead fish until the agency had determined what really caused their death.

She noted, however, that the fish appeared to be in good condition and the sea water contained no toxic substance.

“We would highly discourage eating the fish, since we don’t know what caused its death,” Rivero said in an interview Monday. “It’s too early for us to conclude what really happened.”

Rivero said fish kill could occur by the change of the quality of the water, illegal fishing practices, and the release of sewage of manufacturing facilities into the sea.

The village’s coastal area is the site of a handful of factories, among them a corn processing factory and a dressed chicken facility.

Rivero noted there were reported fish kills in the past few years.

Nemfe Antigua, 38, a fish vendor, said she doesn’t think the fish kill was the result by contamination of the sea by poisonous substances.

“If toxic chemical had killed the sardines, then those of us who had eaten it would have already gotten sick. But there were no reports of such. I even fed my children fried sardines,” Antigua said.

Gamo noted that since the operation of the manufacturing companies in Baloy, their catch has also dwindled.

“We used to fish near the shoreline, but not anymore. We have to go farther into the deep waters just to catch fish,” he said.

Gamo and other fishermen had also observed that many of them had experienced severe itchiness and they suspected that the liquid released by a processing facility may be the culprit. /atm