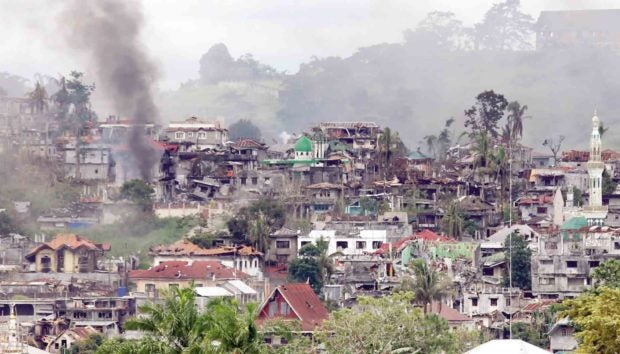 The Department of National Defense is studying the proposal of former Vice President Jejomar Binay to include the distribution of lots inside a military reservation in Marawi City to their present occupants as part of its rehabilitation plans for the city that has been destroyed by conflict.

Binay, in a letter to Defense Secretary Delfin Lorenzana, cited a petition he received from the residents of Marawi City who have been residing within a military reservation when he was Chair of the Housing and Urban Development Coordinating Council (HUDCC).

“These residents had requested the agency’s help in transferring to them ownership of the lots they occupied. Sadly, the change in administration precluded any further action on their request,” Binay wrote.

He said he believed that this move will help the people of Marawi to recover from their ordeal and remove a possible source of conflict in the area.

Hundreds of thousands of residents of Marawi and nearby areas have been displaced from the three-month conflict, with most of them in evacuation centers while others in other towns and provinces.

A rediscovered 1953 presidential decree saying that 6,000 hectares of Marawi City and neighboring towns are part of a military reservation surfaced in the news recently, but the military assured the residents it will not claim land that it does not need.