IN THE KNOW: What’s Implanon? 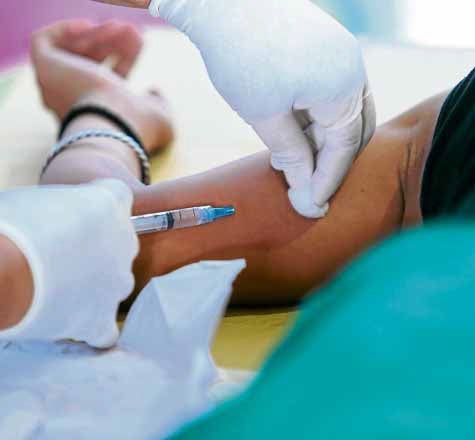 An implanon contraceptive is inserted under the skin of a woman’s arm to control her fertility for three years. —JUNJIE MENDOZA/CEBU DAILY NEWS

Implanon is a small, flexible, thin plastic rod that is inserted under the skin of a woman’s upper arm to prevent pregnancy.

The implant slowly releases etonogestrel into the body over a three-year period.

Etonogestrel is similar to a natural hormone the body makes. It works mainly by preventing the release of an egg or ovulation during the menstrual cycle.

It also makes vaginal fluid thicker to help prevent sperm from reaching an egg and changes the lining of the uterus to prevent a fertilized egg from attaching to its wall.

Implanon is manufactured by NV Organon.

The Supreme Court prohibited the Department of Health (DOH) on June 17, 2015, from procuring, selling, distributing, dispensing or administering, advertising and promoting the hormonal contraceptives Implanon and Implanon NXT because these prevented pregnancy for up to three years.

In the same ruling, the high tribunal stopped the Food and Drug Administration (FDA) from granting pending applications for reproductive products, including contraceptives.

In August 2016, the high court rejected the DOH appeal to lift the temporary restraining order (TRO) that barred it from providing Implanon and Implanon NXT contraceptives to the public due to its failure to conduct public hearings on these products’ acquisition and distribution.

Instead, the high court remanded the case to the FDA to check if the products have abortifacient side effects. The DOH would have to go through the certification process with the FDA from scratch.

In July, President Duterte said he wanted the full implementation of the reproductive health law, noting that the Supreme Court’s TRO affects the distribution of the two birth control implants. —Inquirer Research