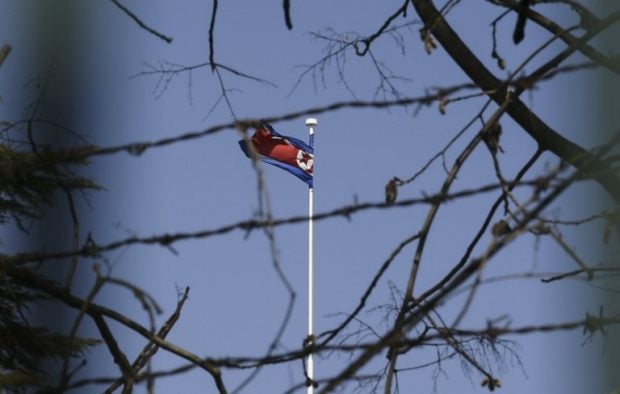 SEOUL, South Korea — North Korea appears to have conducted a sixth nuclear test, the South’s Yonhap News Agency said Sunday citing military officials, just hours after Pyongyang claimed to have developed a hydrogen bomb that could be loaded into a long-range missile.

The United States Geological Survey (USGS) recorded what it initially described as a shallow 5.1-magnitude “mining explosion” 24 kilometers (15 miles) east northeast of Sungjibaegam in North Korea, in an updated report.

The USGS later revised the force of the quake to magnitude 6.3, which it said was larger than that any previous test.

An artificial quake was detected at 12:36 p.m. in areas in the North Hamgyeong Province, the Korea Meteorological Administration told AFP. CBB

Read Next
Poe urges public to complain vs bad telco service
EDITORS' PICK
High inflation: Your P1 is now worth only 87 centavos
UK’s Boris Johnson will resign, BBC reports
Geek out at TOYCON 2022 powered by Smart Signature
House energy committee chair Arroyo bats for cheap electricity
High-risk pregnancy: Reducing your risk is in your hands
Unemployment rate up to 6% in May
MOST READ
Suspect in grisly killing of missing woman in Bulacan arrested
Hong Kong suspends flight bans as it eases COVID-19 rules
Kim Atienza’s daughter flaunts bikini body in response to critics of her ‘revealing photos’
Cop slain in Isabela ambush
Don't miss out on the latest news and information.