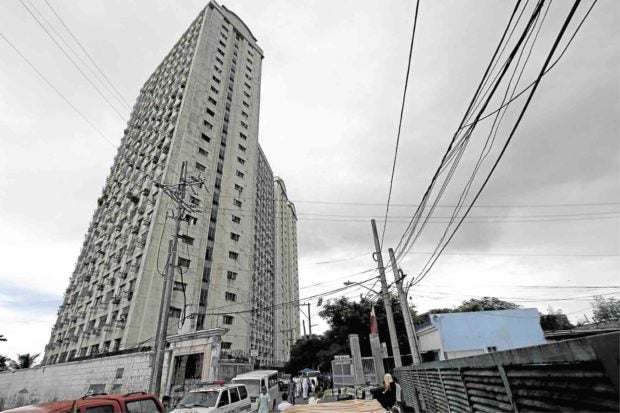 The police have noted lapses on the part of the security personnel manning the Central Park Condominium during the Aug. 29 stabbing rampage that left five residents dead, including 12-year-old Daisery Castillo.—INQUIRER FILE PHOTO

At age 12, Daisery Castillo already had her mind set on a career path: to be a manager, a boss.

In a recent Facebook post, the consistent honor student of Juan Sumulong Elementary School in Pasay City even fancied becoming a LandBank manager as early as “May 1, 2019.”

But all that goal-setting came to an abrupt, shocking end on Tuesday night in the very building where Castillo had been nurturing dreams of a solid future for her, her two younger siblings and their mother Grace.

A man driven by jealousy to a murderous rage stabbed and killed the Grade 6 student and four other residents of Central Park Condominium on Jorge Street, Barangay 132, Pasay. The kitchen-knife-wielding Alberto Garan, first attacked his girlfriend Emilyn Sagun before throwing her body over the staircase from the 14th floor.

He then turned to the people he randomly met on the hallway, including veteran journalist Joel Palacios, the second victim. Four more people were wounded in Garan’s door-to-door rampage before he was shot dead by responding policemen on the 22nd floor.

The 30-year-old Grace was inside her unit on the 17th floor during the carnage. She would later learn from neighbors that Daisery encountered Garan after the young girl stepped out of the elevator.

Daisery tried to avoid him and ran toward the family’s unit, but Garan blocked her path.

In an Inquirer interview on Thursday, Grace came up with a chilling metaphor for what happened next: “Nakipaglaro siya sa patintero ng kamatayan.” The child played a street game of death.

Garan managed to grab the girl by the hair and stabbed her in the chest, arms and face.

“With just one or two slashes, she could have survived. But eight stabs in the body? How could a man even do that?” Grace said, tearing up. “It is very painful for a mother. My daughter had a lot of dreams, and now are all gone.”

Just like that, the single parent lost a “smart, kind and hardworking” daughter who had been looking after two more siblings aged 8 and 9 whenever their mother was out working as a massage therapist.

‘Closed’ but not over

Supt. Deanry Francisco, assistant chief for operations of the Pasay police, said the case was already considered closed with the death of Garan.

But it’s far from over for Grace, who said she would soon be filing charges against Emilio Ching, the registered owner of the condo for the poor security.

“I had no idea what (the guards) were doing. My child was killed because they were not able to do anything. What else can they do now?”

She also lamented that the Pasay police, particularly members of Police Community Precinct 5 (PCP5), took so long to arrive at the condo which was just 70 meters away.

On Thursday, the Pasay police formed a special team to investigate the liability of the condo administration, its security agency, and members of PCP5.

Francisco said the 14-man team, headed by Senior Supt. Dionisio Bartolome, would work with the Philippine National Police-Supervisory Office on Security and Investigation Agencies (PNP-Sosia) to expedite the filing of criminal and administrative charges against those concerned.

Based on PNP-Sosia’s initial findings, the condo’s security agency, Corregidor Veteranos, has been compliant with all the requirements of the office. However, it noted that six security guards deployed on the night Garan went amuck were not armed.

Director Oscar Albayalde, National Capital Region Police Office chief, has also pointed out lapses on the part of the guards: Not one of them, for example, was monitoring the closed-circuit television cameras during the incident.

Francisco, meanwhile, defended the PCP5 members, saying they already reached the condo two to three minutes after receiving a call from guards, who initially reported “a suicide incident.”

Bartolome has relieved PCP5 commander Senior Insp. Edgar Dimaunahan of his post. In the course of the investigation, the precinct would be headed by Chief Insp. Allan Rainier Cabral.

The owner of the condo building and its security officials declined the Inquirer’s request for an interview.

Francisco said the six security guards and the head of security have talked to investigators on Thursday afternoon, while building administration officials would meet with the Pasay engineering and business permits and licensing office on Monday.

The 25-story Central Park condo was constructed in 1995.

A fire in August 2008 damaged the condo’s garbage chute from the 11th floor to the 25th. Another fire the following month affected the eighth floor. At the time, the Bureau of Fire noted the lack of fire alarms, smoke detectors and sprinklers in the building.

In the late 1990s, some of the buyers of Central Park units complained to the Housing and Land Use Regulatory Board after finding out that the building was actually within Pasay, contrary to what they had been told that it would rise in Barangay Bangkal in neighboring Makati City.

They also complained that, to reach the condo using their cars, they had to pass through a very narrow alley that dissects a slum area in Makati.