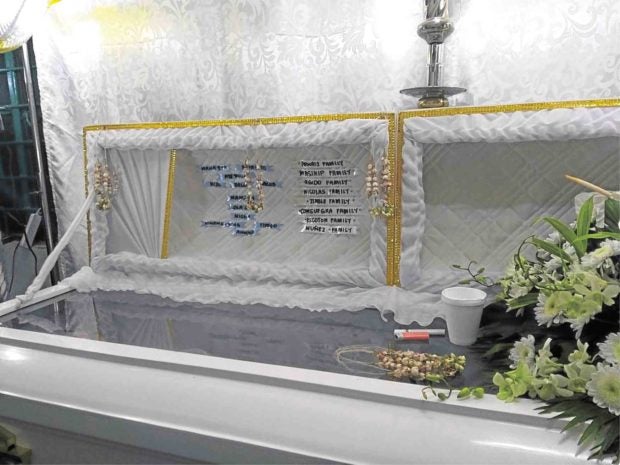 After a 10-day disappearance, 19-year-old Carl Arnaiz of Cainta, Rizal, is returned in a casket to a family filled with anguish and disbelief.—Photo by Krixia Subingsubing

The parents of 19-year-old Carl Arnaiz are not buying police statements that their son—an elementary school valedictorian and science high school alumnus whose college days were cut short by bouts of depression—was capable of acquiring a gun, robbing a taxi driver, and risking his life in a shootout with law enforcers.

“Even if my son had a psychological condition, I don’t think he would have shot it out with police,” said the grieving father, Carlito, 49.

In an interview on Friday at Carl’s wake in Cainta, Rizal, the elder Arnaiz expressed disbelief over police reports suggesting that their “quiet” Carl suddenly turned into a drug-addicted criminal during his 10-day disappearance.

The teenager was last seen alive by his family on Aug. 17.

“Around midnight, he went out to buy some food with a friend whom he had just met,” Carlito recalled.

He identified the friend as 14-year-old Reynaldo de Guzman, who remained missing as of this writing.

On Monday, the Arnaizes were shocked to find Carl’s body in a Caloocan City morgue—and later received news that he died in a shootout with the police after he robbed a taxi driver.

According to a report signed by Chief Insp. Ilustre Mendoza, officer in charge of the Caloocan police, Arnaiz flagged down a cab in Navotas City at 3:20 a.m. on Aug. 18. 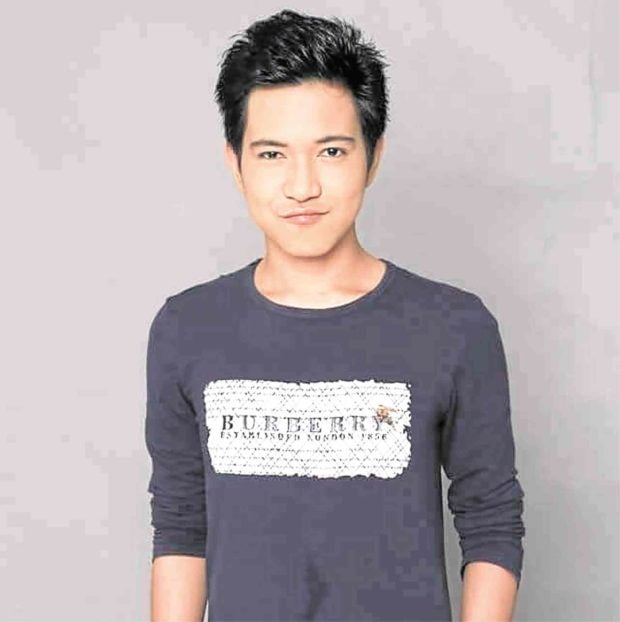 There was no indication in the report that he was with a companion.

When the cab reached C-3 Road in Caloocan, Arnaiz hit the driver, Tomas Bagcal, on the back of the head with a .38-caliber pistol and took his wallet, the report added.

Bagcal managed to seek help from policemen in the area but Arnaiz fired at them, leading to a shootout that left him dead.

According to the report, which was dated Aug. 30 or 12 days after the robbery, Carl was found with three sachets of suspected “shabu” in his backpack and two packets of marijuana in his pocket.

“I don’t believe that,” Carlito said. “My son’s only vice was smoking.”

According to Carlito, Arnaiz was diagnosed with clinical depression during his first semester as an interior design major in the University of the Philippines Diliman.

A graduate of Makati Science High School and a valedictorian during his elementary days, Arnaiz could not cope with the pressure in UP and had to drop out, he said.

The night Arnaiz disappeared, his father was in Leyte while his mother, Eva, was in Dubai. Both rushed home when Arnaiz’s sister, Camille, told them he was missing.

When family members came to retrieve Arnaiz’s body from the morgue on Aug. 28, they found at least four gunshot wounds: three in the chest and one in the lower abdomen.

Arnaiz had his brand-new smartphone—a gift from his mother—on the night he went missing, “but it was no longer there when we came to retrieve his things.”

While certain that Arnaiz was innocent, Carlito said the family could not press charges just yet against the Caloocan police for lack of evidence.

“You know, at least Kian [delos Santos] had CCTV footage and witnesses,” he said, referring to the case of the Grade 12 student who was shot dead by the police in an antidrug operation in Caloocan. Delos Santos died a day before the “shootout” that killed Arnaiz.

“We know nothing else except the police report. We could only pray to find justice for our son.”

Reached for comment, Mendoza said it was the Arnaiz family’s word against that of the robbery victim, Bagcal.

“I asked the parents what time they last talked to their son, and they answered around 12 midnight. Now, the (robbery) incident happened more than three hours later. It’s not impossible to get from Cainta to Navotas in that short period,” he said.

“Furthermore, the allegations came directly from the complainant, Tomas Bagcal, who personally claimed that he was robbed and hurt by the suspect. There is no reason for this station to make up stories on behalf of the victim,” Mendoza said.

As to whether the city police would continue to investigate De Guzman’s disappearance, Mendoza said they could only act based on Bagcal’s account that Arnaiz was alone when he robbed the driver.