The Hajj in numbers: Pakistan sends most international pilgrims to date 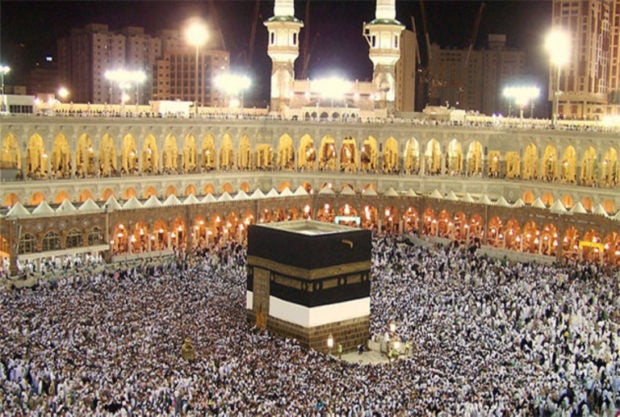 The largest annual international gathering in the world is currently underway, with two million Muslims expected to make this year’s Hajj pilgrimage in Saudi Arabia.

For perspective, that’s nearly five times the number of foreigners who traveled to the 2016 Olympics in Rio de Janeiro.

This year, more than 80 nationalities will gather at the Holy City of Mecca. To date, Pakistan has sent the highest number of foreign representatives at 184,000, followed by India and Bangladesh.

As one of the five pillars of Islam, the annual pilgrimage to Mecca is mandatory for physically and financially capable Muslims to perform at least once in their lives. The rituals are intended to cleanse the soul and demonstrate the equality and solidarity of all Muslims in their submission to God.

According to the Kingdom’s Ministry of Culture and Information, the number of foreign visitors has soared over the years: In 1941, a modest 24,000 pilgrims made the journey to Mecca, compared to 1.325 million in 2016.

While the Hajj is one of the oldest pilgrimages in the world, logistically, this year’s edition is thoroughly modern.

Every pilgrim is given an electronic identification bracelet containing personal and medical information in the event of a medical emergency. The GPS-enabled devices also inform pilgrims about prayer times and feature a multilingual help desk for pilgrims who don’t speak Arabic.

Likewise, this year’s Hajj is embracing technology and social media as a way for Muslims unable to make the journey to follow the pilgrimage via livestream. A portal has also been created educating non-Muslims about the ancient tradition.

SaudiWelcomesTheWorld.org posts photos of the pilgrimage and invites pilgrims to share stories of their personal journeys, while Hajj2017.org livestreams the event.

The Hajj runs between August 30 to September 4.

Here’s the Hajj in numbers:

6,000 pilgrims from the Philippines

Ninety four percent of pilgrims arrived by air this year; to accommodate the number of arrivals, airports in Jeddah and Madinah built dedicated terminals for pilgrims.

During Hajj, more than 2.64 million meals are distributed daily. JB

How going on the ‘hajj’ renewed my Muslim faith