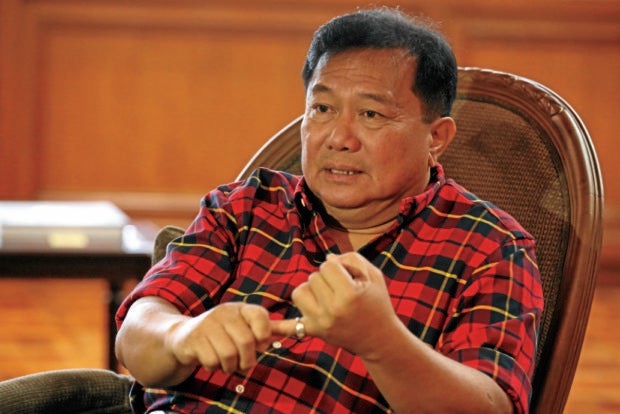 Unlike President Duterte, House Speaker Pantaleon Alvarez sees no need for a new “antigraft body” to go against erring government officials like the Office of the Ombudsman is already mandated to by the Constitution.

In a rare press briefing, Alvarez said: “It’s probably not needed, for me, ha? There are many antigraft bodies already.”

Mr. Duterte announced on Monday that he would create an “antigraft commission soon to investigate complaints of corruption in government.”

He said investigations would not last more than a month, and the body’s creation was in response to the Ombudsman’s “slow-paced” response to cases.

On the other hand, Alvarez said such an office may mostly likely be useful for the executive branch of government, especially if there’s reason to remove appointees from their position.

“Maybe they need it, so it would be quicker… because the Executive Branch can remove political appointees, so maybe that could be,” he said, adding an enabling law would no longer be needed and an executive order by the President would suffice.

Alvarez said the Ombudsman would have to stay as the watchdog of government anomalies, because it is a constitutional body under the 1987 Constitution.

“Congress has no power to remove it,” he said.

Mr. Duterte had increasingly issued antagonistic statements against Ombudsman Conchita Carpio Morales, the aunt of his son-in-law Manases Carpio, ever since she called him in a July 13 interview with NHK World for “goading people to kill people.”

Besides the issue of alleged investigation delays, Mr. Duterte also accused Morales of not going beyond “friendship bonds” in investigating and prosecuting government officials for corruption. JE