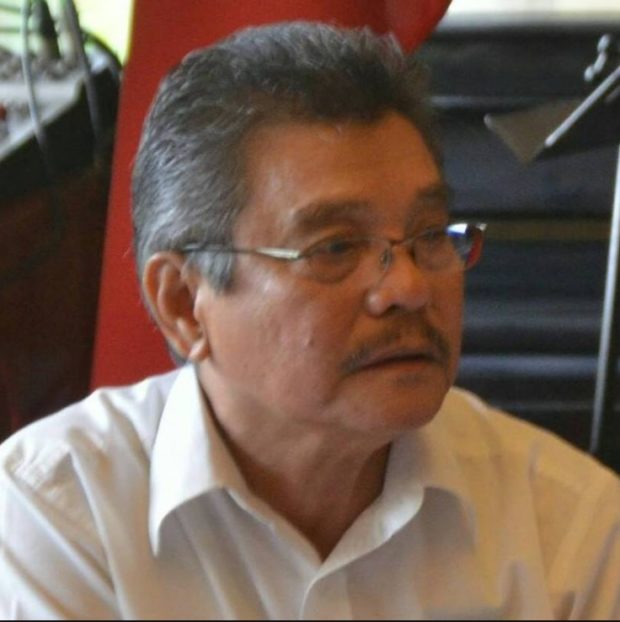 (Updated 1: 19 p.m., Aug. 30) A former journalist from the Philippine Daily Inquirer and Social Security System (SSS) spokesperson was killed after a knife-wielding man, who had a heated argument with his girlfriend, went on a stabbing rampage Tuesday night inside a condominium building in Pasay City.

The victim, Joel Palacios, 70, died at the hospital after being attacked by the suspect later identified as Alberto Garan, who went berserk inside the Central Park Condominium located on D. Jorge Street in Pasay at around 6:30 p.m.

Reports said Garan had a heated argument with his girlfriend, Emelyn Sagun, prior to the stabbing spree. Garan first stabbed Sagun and pushed her off the staircase falling from the 16th floor to the basement of the building.

Palacios’ live-in partner, Belle Elorde, was critically injured in the attack when she came out of their unit upon hearing the commotion.

Mae Elorde, sister of Belle, told INQUIRER.net that Palacios was on the hallway of the condominium’s 16th floor when the attacker assaulted and repeatedly stabbed him.

Mae said Belle went out of their unit and saw the man stabbing Palacios.

“Inawat niya (Belle) sana yung tao, pero siya yung nabalingan tapos si Kuya Joel bumagsak na siya (She [Belle] was supposed to go in between the attacker but she was the one attacked then Joel fell down the floor),” Mae said in a phone interview.

Mae said Belle tried to fend off the attacker as her four-year-old daughter followed her out of the unit but was stabbed.

The suspect was shot and killed by responding members of the Special Weapons and Tactics Team a few hours later.

Palacios and Belle were immediately brought to the nearby Pasay General Hospital but the former journalist was declared dead on arrival.

He also served as spokesperson and Assistant Vice President for Media Affairs of the SSS for 15 years until his retirement in 2012. JPV