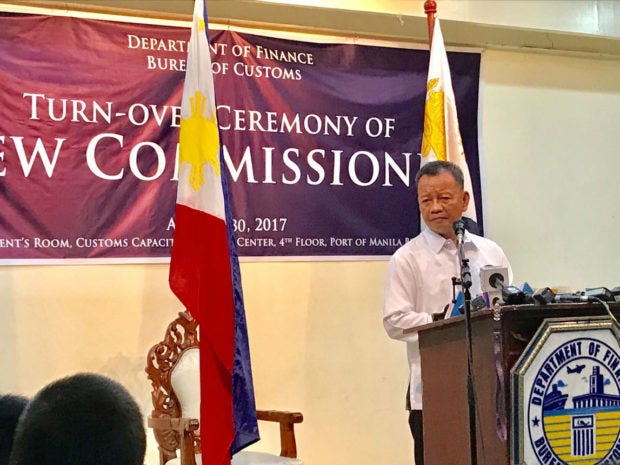 Newly appointed Customs Commissioner Isidro Lapeña on Wednesday warned that there are people using his name to collect money within the Bureau of Customs (BOC) and threatened to order their arrest.

Lapeña warned that those “corrupt” officers can be arrested in the act of committing corruption.

“That is a crime and pwede silang maaresto (they can be arrested) by virtue of citizen’s arrest,” the new Customs chief said.

Lapeña also urged the public and BOC officials to report to him any unscrupulous individuals in the agency.

“Kung hindi nila kaya (If they can’t do it [citizen’s arrest]) then report it to us,” he said.

The BOC is under fire following the controversy surrounding the P6.4-billion illegal drug shipment from China that slipped past the agency in May.

Testimonies during the Senate investigation on the issue by former Customs “broker” Mark Taguba also revealed the culture of “tara” in the agency, which Lapeña vowed to do away.

“My top priority, and it should be clear to everyone—is to do away with the culture of ‘pasalubong’ and ‘tara,'” Lapeña said during his speech.

“Strictly no gift and no take policy,” he added, saying that these changes would help the BOC regain public trust and confidence. JPV