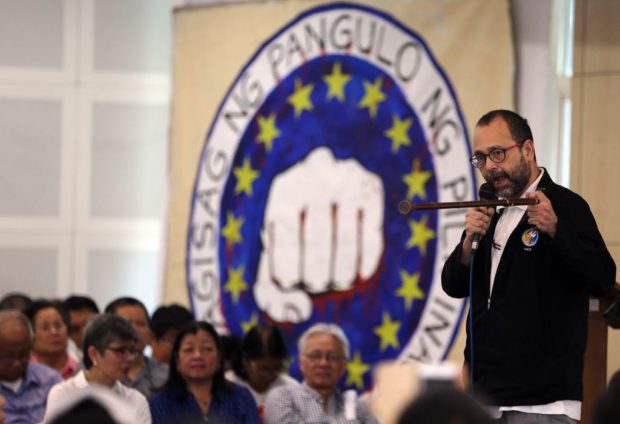 In a press briefing after the meeting that went for about an hour, Gascon said they requested for the case folders of deaths involving police and the war on drugs that are under investigation as well as the status of persons arrested or still in jail.

“We agreed to continue to talk [regarding] ‘yung mga request namin. We are looking forward to a positive response in due time,” he said.

“May protocols lang. We agreed to create a mechanism to coordinate and exchange information on a regular basis,” he said, adding they initially agreed to meet on a monthly basis.

Gascon later told reporters in an ambush interview that the PNP agreed to make available the case folders involving deaths from illegal drugs starting May 10, 2016.

Directorate for Investigation and Detective Management head Director Augusto Marquez said the PNP chief was “very happy” with the visit of the CHR and staff officers.

The meeting took place after Senator Panfilo Lacson asked for the cooperation of the two agencies to discuss matters concerning the campaign against illegal drugs during the Senate inquiry on the death of Kian delos Santos last week.

Dela Rosa was not able to face the media after the meeting as he was asked by the President to go to Malacañang.

Department of Interior and Local Government officer-in-charge Catalino Cuy stressed that most police officers are following their operational procedures.

He added that they all agreed that there was no conflict on the acknowledgement that human rights is a priority and vowed to work closely with CHR. JE