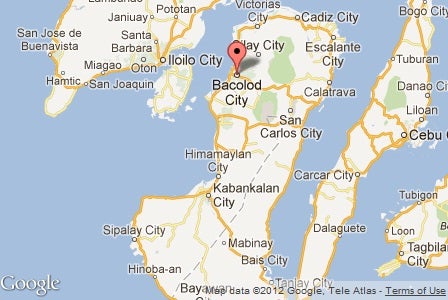 BACOLOD CITY—Forty-one workers, 14 of them minors, from an area near Marawi were rescued from a factory allegedly manufacturing fake cigarettes in Barangay Bata, Bacolod City, Friday.

Supt. Ronaldo Palomo, Bacolod Police deputy city director for administration, said the rescued Maranao people from Balo-i, Lanao del Norte, said they came to Bacolod hoping for a better life with times difficult at their place because of the conflict in Marawi.

The workers claimed they were underpaid and were not being allowed to go out of the factory without permission.

The police were establishing the identity of the owner of the warehouse based on the testimony of the caretaker, whom he claimed a certain Andy Chua. However, a receipt of the lease of the warehouse, a certain Jimmy Chua appeared on the papers.

The police are preparing to file charges for human trafficking against the owner of the factory and the caretaker, Palomo said.

He said the Bureau of Internal Revenue would file separate charges for the operation of the fake cigarette factory.

The victims were recruited to repack products in Bacolod, Palomo said, adding that the workers were restricted at the working area and were not allowed to enter other parts of the warehouse.

About 300 boxes of different kinds of cigarettes, repacking machines, packed tea bags, and raw materials, such as tobacco, were seized at the warehouse in Barangay Bata and at their extension area in Barangay Taculing, Bacolod. The search was based on the strength of a Bureau of Internal Revenue mission order, Palomo said.

The BIR mission order was in relation to the National Internal Revenue Code, he said.

They confiscated numerous fake tax stubs that cost P40 each in the raid, Palomo said.

He said they also seized small tea bags that appeared to contain suspected dried marijuana leaves and the acetone, a component of shabu, that were turned over to the Crime Laboratory for examination. They called in the PDEA during the raid, he added.

The BIR has already ordered the closure of the warehouse pending further investigation, Palomo said.

The rescued minors were turned over to the Department of Social Welfare and Development for processing, he said. JPV