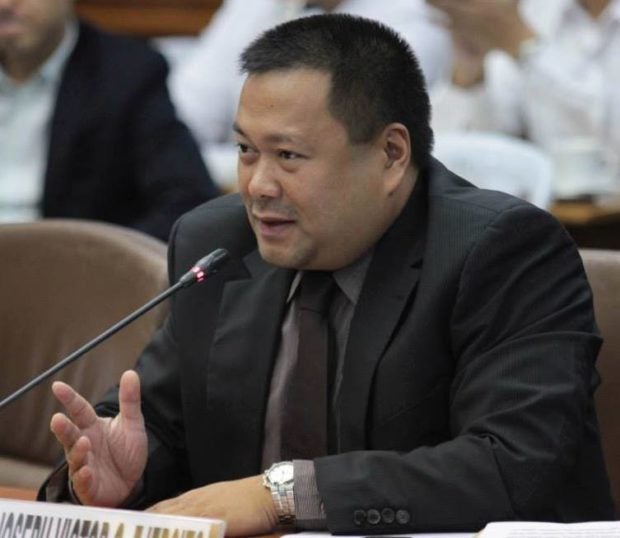 State prosecutors appealed the dismissal of the technical malversation case of Senator JV Ejercito by the Sandiganbayan Sixth Division, saying that the anti-graft court disregarded the evidence presented and committed grave abuse of discretion.

In its motion for reconsideration, the Office of the Special Prosecutor said it was able to prove that Ejercito committed technical malversation in the alleged misuse of P2.1 million calamity funds when he was San Juan city mayor.

The prosecution appealed the reversal of the resolution that granted Ejercito’s demurrer to evidence, thus dismissing the case.

“In granting the demurrer to evidence, the Honorable Court with all due respect disregarded the evidence and the legal provisions on the use of calamity fund in a manner that can be described as a grave abuse of discretion amounting to lack or excess in jurisdiction,” the motion read.

The prosecution said the court failed to consider the evidence, particularly testimony of Liza San Juan Tiomico, who in her testimony said the calamity fund after it had been used in Aug. 2008 was replenished from the general fund at the end of the year.

The replenishment of the calamity fund does not erase the criminal liability over diversion of public funds for purposes other than which it was appropriated for, the prosecution said.

The prosecution said the crime was “consummated” when the calamity fund was used to purchase the firearms, and that replenishing the said fund “will not erase the criminal liability of all the accused for a crime already committed.”

The prosecution also disagreed with the separate concurring opinion that the calamity fund can actually be used to purchase the firearms.

It cited joint memorandum circulars stating that calamity funds can be used only for instances when a state of calamity is declared.

“Thus, the use of the calamity fund by the accused to purchase the firearms is without legal basis,” it added.

To consider criminal activities as a pre-disaster activity for the purchase of firearms would “in effect stretch the purpose of the law,” the prosecution said.

To sum, the purchase of the firearms using calamity funds “lacks legal and factual basis,” and constitutes a “diversion of public fund” tantamount to technical malversation.

The prosecution also disagreed with the Sixth Division’s ruling that there was no undue injury to government, taking off from the Fifth Division’s own resolution dismissing the graft charge against Ejercito.

“It is submitted that said ruling is immaterial in the present case since undue injury is not an element of technical malversation and that there can be no undue injury to the government in this case since the public funds were used for (another) public purpose,” the prosecution said.

“The gravamen of the offense of tech malversation is that the public use for which funds or property was applied is different from the purpose for which they were originally appropriated,” it added.

In its resolution granting Ejercito’s demurrer on the graft case, the anti-graft court Fifth Division said the prosecution failed to prove Ejercito gave unwarranted benefit to the firearms supplier HK Tactical Defense System Inc. (HKTDSI) to win the bid for the supply of Daewoo firearms. JPV