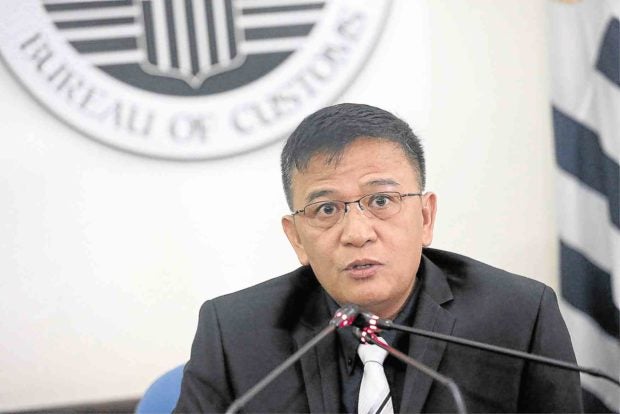 The House of Representatives committee on dangerous drugs has recommended the filing of graft charges against resigned Customs Commissioner Nicanor Faeldon over the system of “tara” (grease money) in the bureau.

READ: Lacson: BOC collects up to P71,700 tara for each shipment smuggled in PH

In a statement on Friday, Surigao del Norte Rep. Robert Ace Barbers said the committee he chairs approved on Thursday the committee report recommending the filing of criminal and administrative charges against Faeldon and other Bureau of Customs officials involved in the “tara” system.

“I’m sure the members enjoin me in the conclusion that there is really a systemic, endemic or whatever epidemic that is going on in the bureau. And this is the reason why smuggling of goods, including shabu, was possible,” Barbers said in the statement.

In a phone interview with Inquirer, Barbers said the committee has approved “in principle” the report, which is still being circulated among the House members to gather signatures.

Barbers said his committee recommended the filing of a complaint against Faeldon for violation of Section 3 of the Republic Act 3019 or the Anti-Graft and Corrupt Practices Act for investigation by the Office of the Ombudsman.

The committee also urged the Department of Justice (DOJ) to file charges of falsification, under Article 172 of the Revised Penal Code, against Faeldon’s Chief-of-Staff Atty. Mandy Therese Anderson.

Anderson earlier got involved in a tiff with the lower House after she called Speaker Pantaleon Alvarez an “imbecile” on a social media post for allegedly pushing for the promotion of a favored employee in the customs.

They allegedly failed to turn over the custody of 500 kilos of shabu to the PDEA, in violation of the Dangerous Drugs Board Regulation No. 1, Series of 2002, Custody and Disposition of Seized Dangerous Drugs, in relation to Section 32, of Republic Act 9165 or the Comprehensive Dangerous Drugs Act.

The dangerous drugs committee made the findings when it concluded its investigation into the P6.4-billion worth of shabu that slipped past the BOC’s green lane.

Faeldon has resigned from his post, amid allegations from Lacson he received a P100 million “pasalubong” in the bureau. Faeldon retaliated by tagging Lacson and his son in cement smuggling. JPV