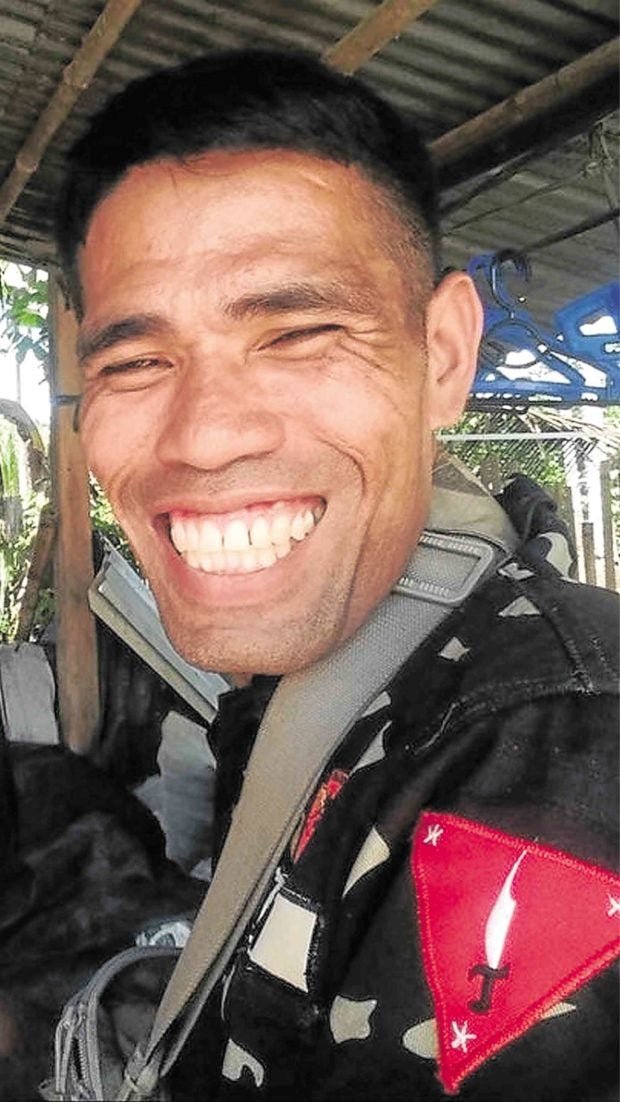 Bartolome, a member of the 53rd Infantry Battalion, was on a break from his assignment in Marawi City and was on his way home to Midsalip town when he was shot and killed in Aurora town, some 50 kilometers from Midsalip.

A police report said Oscar Asuelo, a van dispatcher, reported Bartolome’s presence, describing him as an “unidentified man with a gun” standing near a store in Barangay Monte Alegre.

Police claimed that when Zeros and Bullanday reached the area, Bartolome allegedly drew a .45 cal. pistol, prompting them to shoot the soldier.

But resident Lydia Saycon had a different version of the incident. She said she saw Bartolome waiting for a van near an abandoned police checkpoint when two policemen in civilian clothes arrived.

“He was getting his wallet to show his ID to the Aurora policemen who were not in uniform. Suddenly they started shooting the man. We all got scared. That man was unarmed,” Saycon told the Inquirer.

“I was told that the policemen responded to a call from residents about a suspicious person … The responding policemen alleged that as they were approaching the suspect, he immediately pulled a gun and aimed it at them,” Beltran said.

The military did not respond to phone calls and text messages. Beltran, however, said he had spoken with Lt. Gen. Carlito Galvez, commander of the Western Mindanao Command, and with Brig. Gen. Rolando Bautista, commander of the 1st Infantry Division, about the ongoing investigation.

“We are saddened by the incident, and I will make sure that we uncover all facts as soon as possible,” Beltran said, noting that the police would offer the soldier’s family any assistance.