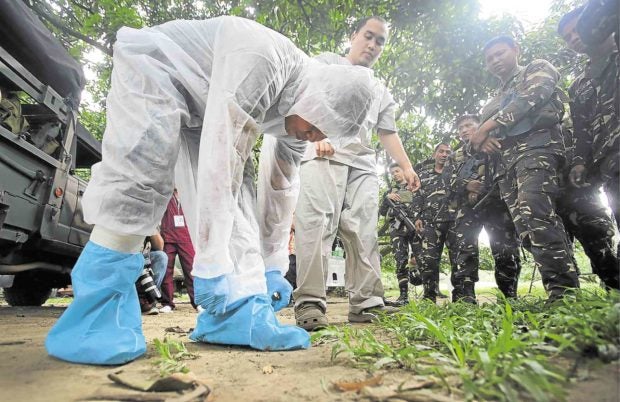 The avian influenza that hit the province of San Luis, Pampanga tested positive for the H5N6 strain, which will make the virus transmissible to humans.

Vytiaco said the N6 strain should not be confused with the N1 strain that struck China in 2003, most commonly known as the Severe Acute Respiratory Syndrome, or SARS.

Although transmissible to humans, Vytiaco emphasized that the transmission and mortality rate is “very, very low.”

The department will not be sending samples to AAHL from the towns of Jaen and San Isidro in Nueva Ecija which were also affected by the virus. Vytiaco explained that it is “most likely” that it will have the same strain found in Pampanga.

Despite the report, Agriculture Secretary Emmanuel Piñol assured the public that all poultry and poultry products in the market are safe to eat.

As of today, there are no reported cases of animal-to-human transmissions. JPV