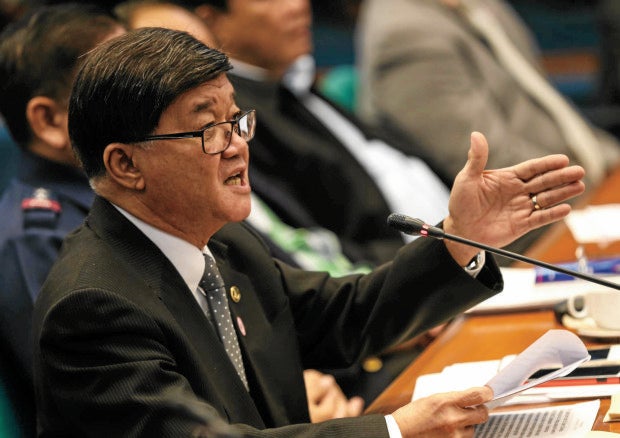 In a Department Order No. 551 dated Aug. 22, 2017, Aguirre also ordered the PCGG the authority to investigate allegations of corruption and unexplained wealth of Bautista during his time as PCGG chairman as well as to perform other investigative powers under its mandate.

He said the PCGG will “closely coordinate with the National Bureau of Investigation (NBI), the Commission on Audit (COA) and the Department of Justice (DOJ) in the conduct of its investigation and is further authorized to prosecute cases, when necessary, in accordance with its powers under Executive Order Nos. 1, 2, 14 and 14-A above stated and other relevant laws.”

The Justice Chief also tasked the PCGG to look into the report of the COA on “more than One Hundred Million Pesos Unliquidated Cash Disbursements obtained from the Philippine National Bank (PNB) Dollar Escrow Accounts of the PCGG during the time of Chairman J. Andres Bautista as PCGG Chairman and thereafter.”

He also wanted the PCGG to look into the reported abuse of resources of PCGG sequestered and surrendered entities committed during the chairmanship of Bautista “including but not limited to the millions of pesos worth of gift checks and gift cards” that they have received which were supposedly given to the members of the media.”

The DOJ Chief also sought the scrutiny of ill-gotten wealth, kickbacks and commissions Bautista may have received from, but not limited to, “the alleged payment of purported excessive billings made to law firms supposedly connected to him.”

Aside from that, he also ordered the PCGG to review both the civil and criminal cases that were dismissed, compromised, or with adverse judgments during Bautista’s time as its head.

He also wanted to know the reason why some assets under the name of Ferdinand and Imelda Marcos and their cronies “unexplainably remain unsequestered.”

Bautista served as PCGG head in 2010 before being appointed by former President Benigno Aquino III as Comelec Chairman in 2015. JE