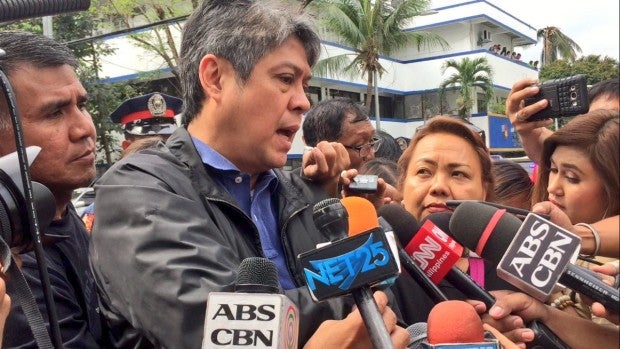 Newly named Customs Commissioner Isidro Lapeña should focus on implementing reforms at the Bureau of Customs (BOC) by tracing those involved in the drug smuggling controversy, Liberal Party (LP) senators said on Tuesday.

(If this war is really serious about its fight against illegal drugs, let us find those who were involved in the smuggling of the P6.4-billion worth of shabu from China. I am hoping that this is one the things the new Commissioner will work on.)

Sen. Benigno “Bam” Aquino IV said Lapeña, as former head of the Philippine Drug Enforcement Agency (PDEA), should not just focus on stopping the entry of smuggled goods in the country, but also illegal drugs.

(With the news that an alleged big-time smuggler was absolved in court early this morning, Kian’s fate worsened. Only the poor and powerless have become the target of the war on drugs.)

“We can stop the dying of more Kians by preventing the entry of illegal drugs into the country,” he added

Minority Floor Leader Sen. Franklin Drilon, for his part, said that he expects the new BOC commissioner to follow the rule of law and implement it to the letter so the agency can fulfill its mandate as a revenue-generating arm of the government.

Earlier, the LP senators urged Malacañang to replace Customs Commissioner Nicanor Faeldon and other top officials of the BOC to allow reforms to be implemented in the graft-ridden agency.

President Rodrigo Duterte announced Lapeña’s appointment to the BOC on Monday night, effectively replacing Faeldon as commissioner. The replacement came in the wake of the congressional investigation into the P6.4-billion drug smuggling controversy. JPV